Notes:
(1) This tour was booked to use a class 55 'Deltic' but an industrial dispute on the E.R. involving fitters meant that none of the class were being refuelled or given maintenance since the Wednesday prior to the tour hence the E.R. CM&EE were not able to supply a class member for the tour. Due to this all happening so close to the tour running date R.P.P.R. elected to run the tour with alternative motive power rather than postpone or cancel. A letter given to passengers on the tour explained the situation and also the fact that this was the first time any R.P.P.R. tour left the originating station without the advertised motive power. A full refund was offered to any passenger not wishing to participate in the tour as a result of the non-availability of the advertised Deltic. 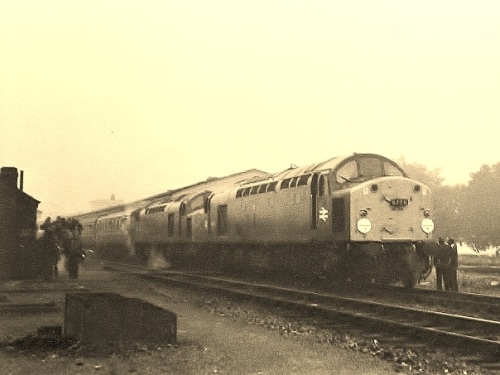 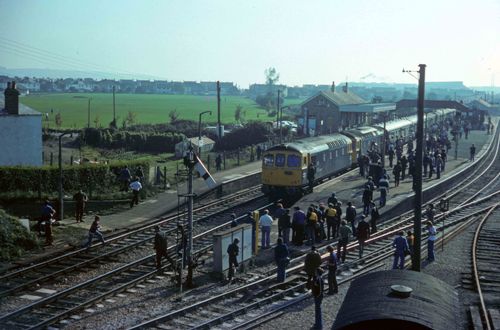 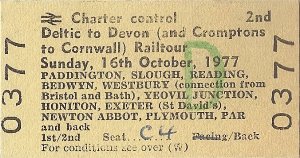