Notes :
(1) Was booked for class 40 haulage throughout but the rostered loco had been failed, hence the substituted loco as far as Peterborough. Although the use of a 'generator' class 47 was suggested (based, it was stated, on photographic evidence) the over-whelming information from various sources all confirm the sole use of 46056 between Kings Cross and Peterborough.
(2) Booked via the Lincoln avoiding line but, due to a local dispute at Lincoln crew depot, the crew refused to walk to Pyewipe Jn for the scheduled crew change, hence train was diverted via Lincoln Central for it to take place.
(3) Train overshot Penistone station stop and 10mins was lost before the train was platformed. The following comment was received regarding this incident: John Farrow was in the toilet having a wee when, through the little circle of clear glass found in Mk 1 toilet windows he saw the word ‘Penistone’ going past, so he used his spare hand to pull the communication cord. 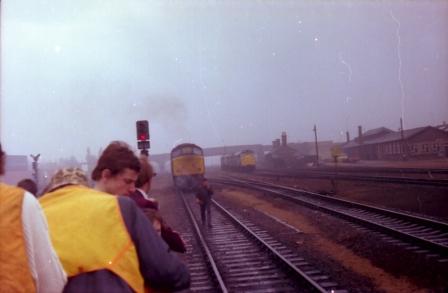 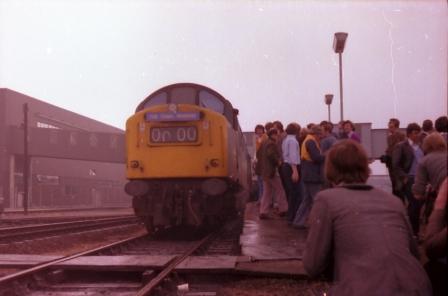 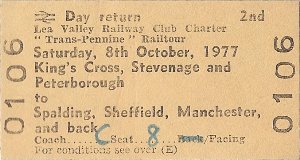