Notes :
(1) A circular outing, passengers would have gone out on one train set and back on the other (Land Cruise 1 being from Kettering and Land Cruse 2 from Oakham). Alan Baylis believes a photo in the OPC 'Double Headed Diesels Nationwide' showing 25168+25271 (but see note 2 below) crossing the Barmouth Bride and captioned as on a Leicester to Minffordd special is in fact the working from Kettering to Minffordd. A photo in Railway Magazine showed 25036+25120 returning through Abergele 'on a train from Kettering'. The headboard on this train read 'Leicester Chronicle and Main Line Steam Trust', 'Silver Jubilee Tour' & 'Conway Valley Adventurer'. Presumably both trains employed the same class 25's (and maybe other locos too) on the opposite direction legs.
(2) Barrie Hughes comments: 24036 and 25168 were noted as the haulage from Blaenau Ffestiniog to Llandudno Junction, coming off the train there so clearly 25168 was not the second loco on the Cambrian Coast leg. 'Earl of Merioneth' was used on the FR. The train went via the little used freight line from Litchfield to Walsall via Brownhills which was closed a few years later on 12/83.
(3) Was the loco change undertaken in Shrewsbury station or on the avoiding line? 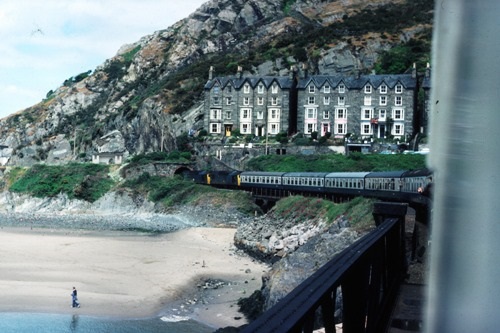 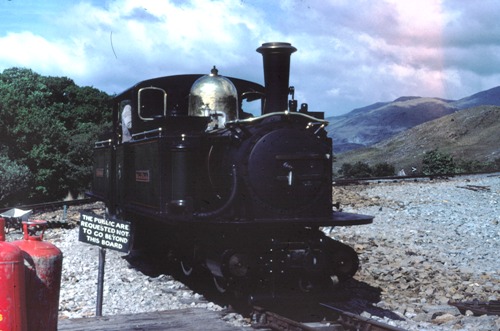 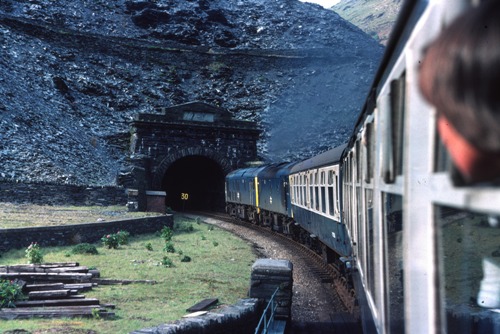