Notes :
(1) Route confirmation required. This was advertised as 5305's first mainline tour (in preservation). 5305 was advertised as hauling the train from Leeds to York, Scarborough and York (given as 113 miles of steam haulage) but it is understood that 5305 actually worked back through to Leeds. Advertised in the railway press as a circular tour with the title 'Steam on BR' but this may not have been the actual tour name. 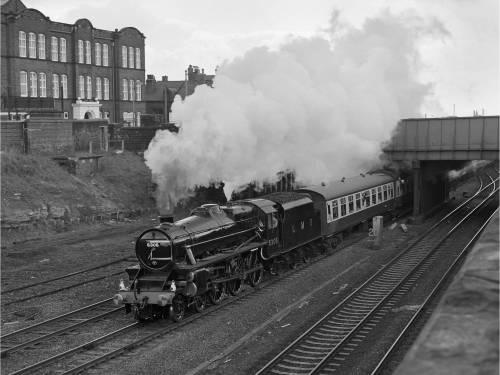 5305 at Wortley Jn on the outward leg to Scarborough (photo: Bill Jamieson) 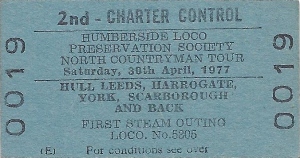 Neil Boardwell's ticket for the tour.