Notes :
(1) This railtour was the final farewell to the class 52 'Westerns'.
(2) Ian Prince comments: To guard against delays in the event of a loco failure, 1010+1048 (although the number-plates were lacking odd numbers and letters by this stage) ran behind the tour I believe from Old Oak Common to Bristol and spent part of the day sitting on Bath Road, (where I caught up with them) whilst the main tour went on to Swansea. After the tour had returned to Bristol from Swansea and headed off to Plymouth, 1010+1048 dutifully followed the main train. 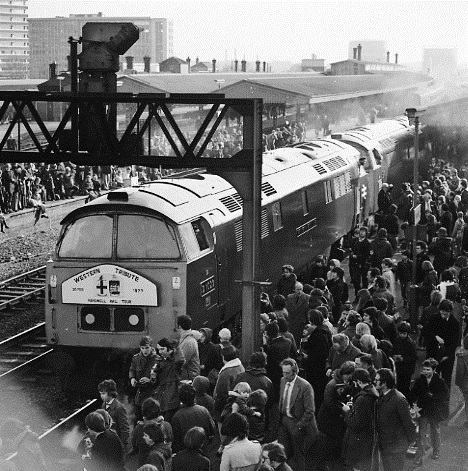 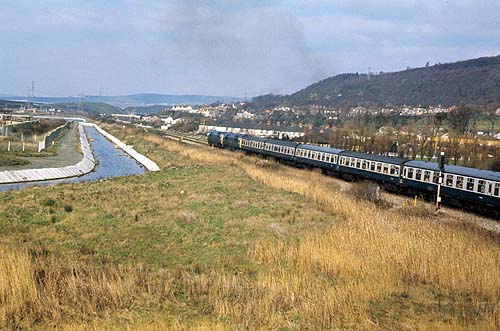 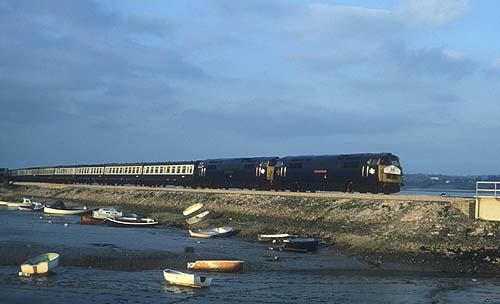 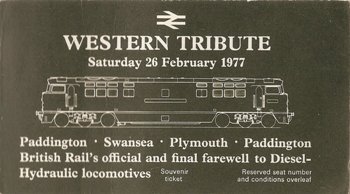