Notes :
(1) To points at head of coal yard.
(2) First train after re-opening.
(3) To just short of points for loop converging into headshunt, at far end.
(4) Milepost distance 3m 31ch, under footbridge just off old passenger line.
(5) This train was due to run via Toddington but didn't due closure of the line following a derailment between Cheltenham Spa & Honeybourne a few days before the tour. Alan Osborn adds: The derailment which caused the diversion was the 06.35 Toton to Severn Tunnel Junction freight. Was this the derailment that sealed the fate of the route between Cheltenham and Stratford-upon-Avon?
(6) Mileage figures beyond Gloucester and timings at Birmingham New Street and Hatton not specified, following last minute re-routing after the derailment on the Honeybourne line. 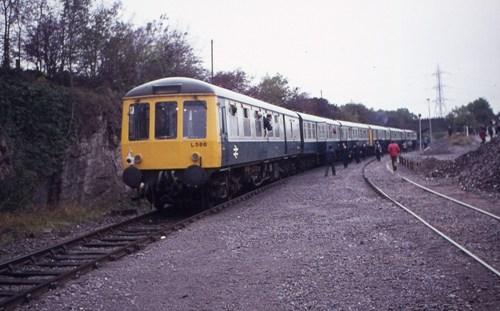 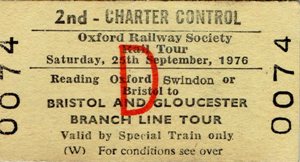