Notes :
(1) This tour was originally uploaded as having run on 13th April 1969 but several contributors have questioned this, all giving the date as 29th June 1969.
(2) It was suggested this was a private charter for NELPG members, but it has since been confirmed that non-NELPG members were also able travel on it.
(3) Believed the run via Guiseley was due to the direct route via Thackley Tunnel being closed for engineering works. 4472 after being detached at Leeds City had a brake van attached to the rear of its second tender and headed for Holbeck. Presumably it then proceeded tender first to Guiseley and chimney first from there to Keighley.
(4) There was a break at Keighley so passengers could travel on a KWVR service train, 6 coaches hauled by ‘Joem’ (69023) and 72 (30072) double-heading.
(5) Not known if went via the East Lancs side or LNW.
(6) Not known if went via North Wylam or Blaydon. 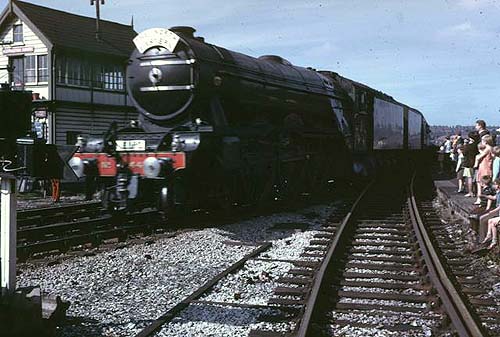 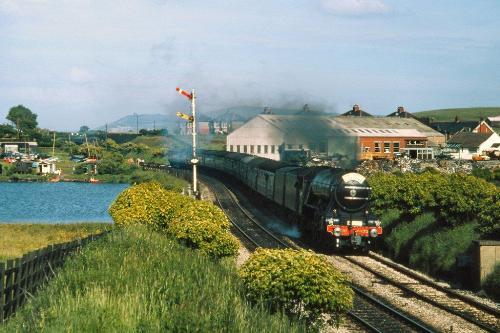 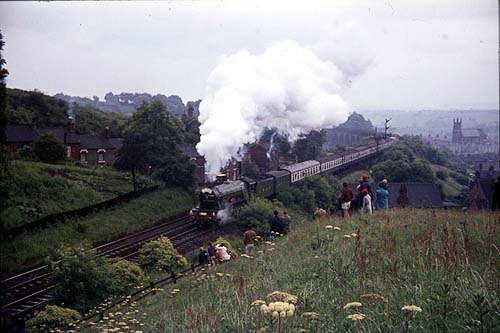