Notes :
(1) Route confirmation required. Lydney Jeff reports the tour ticket carried the name 'Joint Rail Tour' - was this the tour name or did it refer to the fact it was jointly organised by two societies?
(2) Due to roof works underway in Sough Tunnel the train stopped prior to the tunnel, reversed over a crossover, then continued 'wrong line' through the tunnel.

Photo Review
(all photos from Roy Lambeth unless otherwise stated) 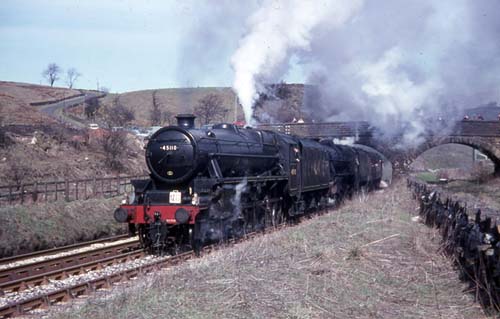 45110 & 44949 climbing towards Buxton. To the right is the trackbed of the
former Peak Forest Tramway. 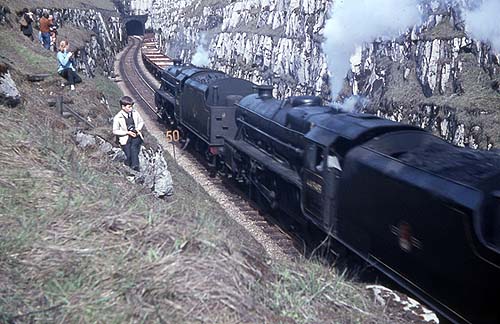 ...beyond Buxton and the 5's are about to plunge into Dove Holes tunnel. 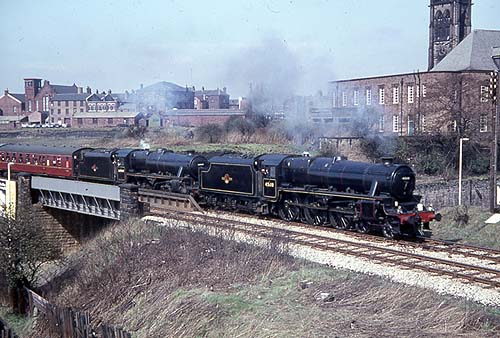 The pair of Black 5's again, near Guide Bridge. 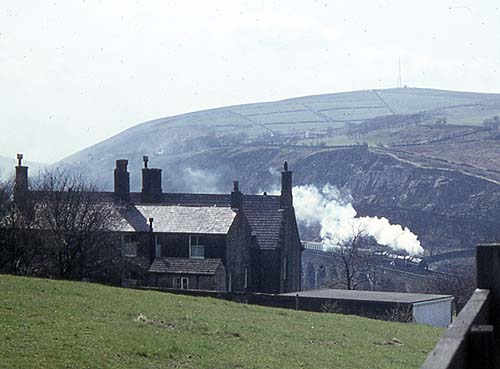 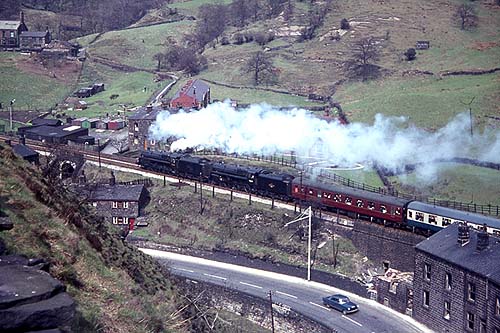 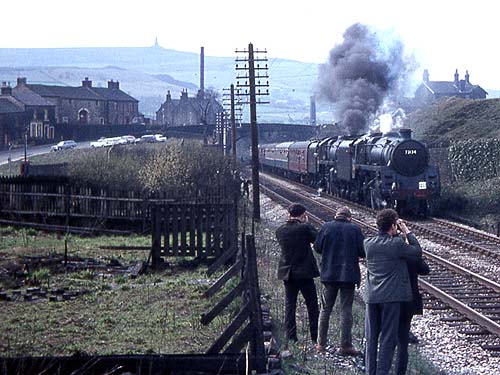 Right...and wrong...line working on the approach to Sough Tunnel. 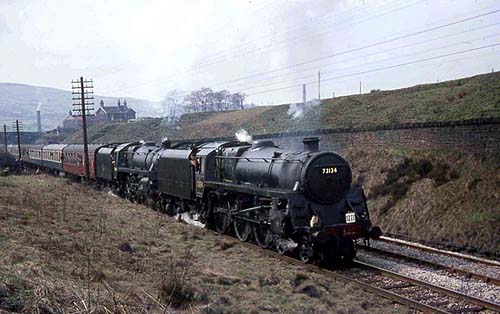 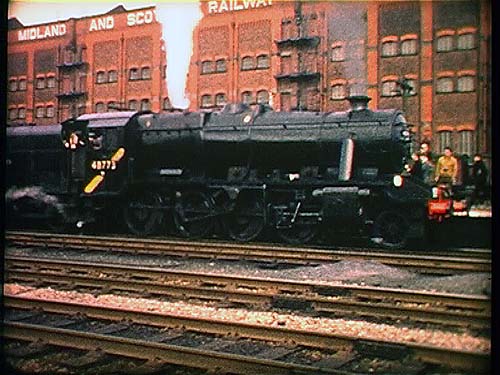 48773 backs on to the train at Bolton.
(photo: Bob Bishop collection - from cine film by John Simons) 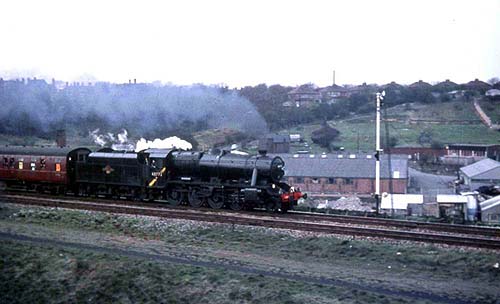 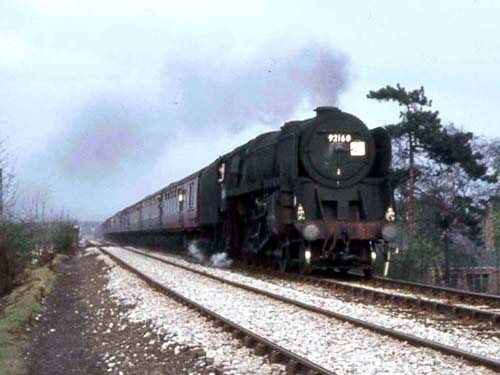 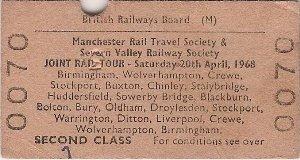