Notes :
(1) This tour, run to belatedly celebrate the 100th anniversary of the W.M & C.Q. Rly, commenced with seven coaches, but had one removed at Bidston Yard after three hot boxes were discovered on the offending vehicle! Because of this delay the intended route via New Brighton was changed, with a straight run back to Crewe instead, minimising the lateness to only thirty minutes.
(2) Was booked to reverse at New Brighton but did not due to late running. 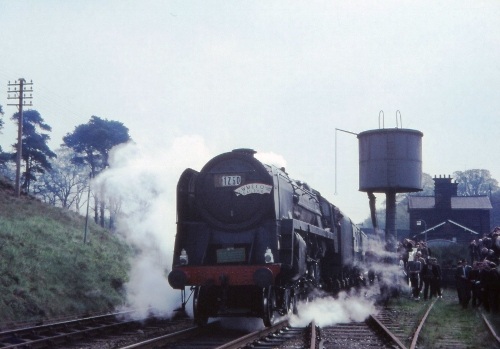 92058 during the morning photo-stop at Delamere (photo: David Cull) 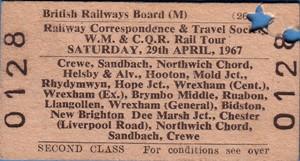