Notes :
(1) The tour brochure indicated that the leg from Waterloo to Reading was booked to be hauled by 34102 'Lapford' but an addendum confirmed it had been failed and the first leg was then expected to be hauled by 34015. The brochure also detailed the legs that 7029 & 70034 were booked to haul which, from the above information, happened 'as booked'.
(2) Booked route was via Dudley and Swan Village but the London Midland Region operating authority informed the tour operator on the Friday prior to the tour it was not possible to be routed that way due to engine route availability restrictions and track condition and amended timings were issued for Stourbridge Town (departure) and Handsworth Jn. 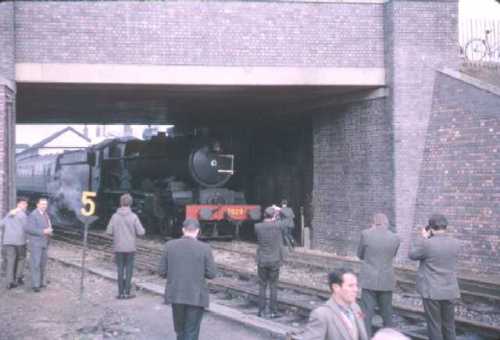 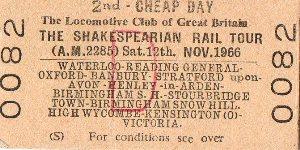