Tour originally advertised to run on 08/10/1966 but postponed two weeks to allow time for changes in the itinerary.

Notes :
(1) As originally advertised the tour was to run from Peterborough to Edinburgh Waverley using 60034 'Lord Farrington' and 60530 'Sayajirao' but was then changed at the organisers request to be a Kings Cross start, necessitating a Newcastle finish due to time constraints. The two advertised locos were then withdrawn from service and attempts to secure 60532 'Blue Peter' failed as the Scottish Region would not release it. The tour was then advertised for 4472 'Flying Scotsman' between Kings Cross and Doncaster, 60024 'Kingfisher' from Doncaster to Newcastle, 60019 'Bittern' back to Peterborough for 4472 'Flying Scotsman' back to Kings Cross. Although 60019 & 60024 were in store a month prior to the tour's original running date, British Rail had assured organisers they would be available. 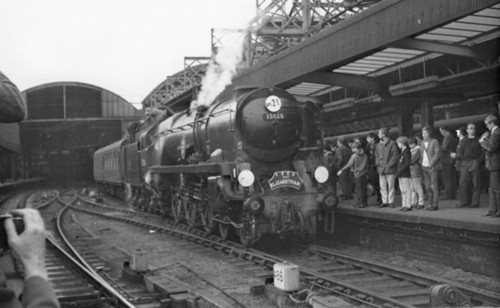 35026 on arrival at Newcastle Central (photo: The John Debens Collection) 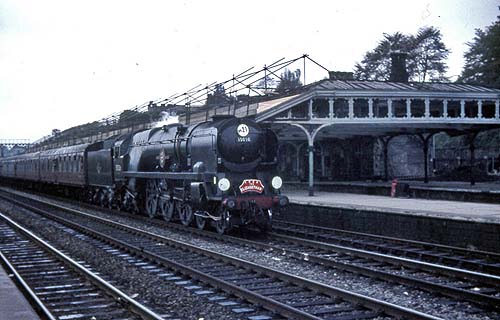 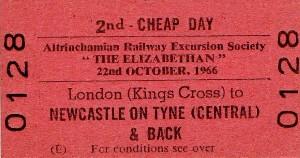