Notes :
(1) Kevin Driscoll comments: On the way back from Goole we took the then rare (but now normal) route to the Knottingley line via Potters Grange Jn and Engine Shed Jn. The train stopped opposite Goole shed (near Engine Shed Jn) where passengers were able to get off for unofficial shed bash.
(2) Terry Jackson comments : I left the train at Manchester Victoria on the return journey. Whilst I know that 42942 worked through to Liverpool as scheduled, I have seen a report that says that the train went via Bolton. This diversion is confirmed by Kevin Driscoll from the ticket letter (adding 5 minutes on to the booked timings).
(3) John Thickitt comments: It was a very clean Austerity. The Crab was very late (an hour?) arriving at Goole station. After being held for signals outside the shed, there followed a brisk run over the flatland to Kirkgate station, where I left the train. 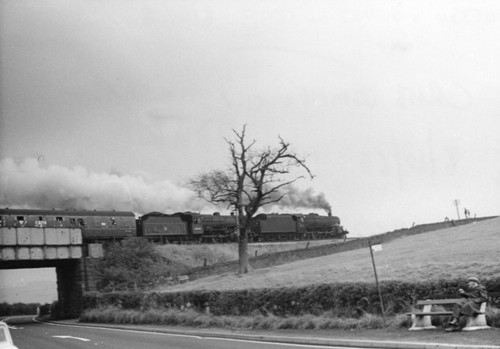