Notes :
(1) The two locos reached a top speed of 63mph after Henley-in-Arden.
(2) On the ascent of Hatton Bank 9630 blew the front of one of the cylinders off and was removed at Lapworth. Recalling this incident Carl Ford comments: Unfortunately I was the fireman on 9630 which blew the left hand cylinder on Hatton Bank, it was a scary thing I thought we had jumped the rails as the engine shook and rolled violently at the time. We had to be towed back to Tysley by a Brush type 4 diesel while 9610 took the train back to Snow Hill. The driver later had a telling off as the train was supposedly to heavy for a single pannier tank to take up the steep incline of Snow Hill tunnel. 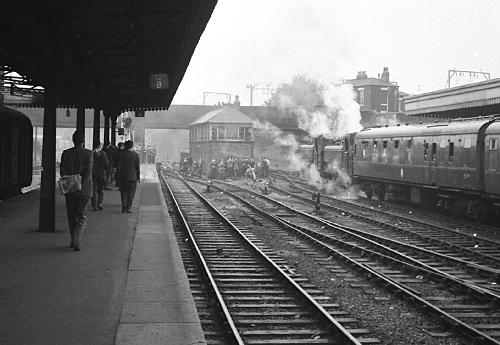 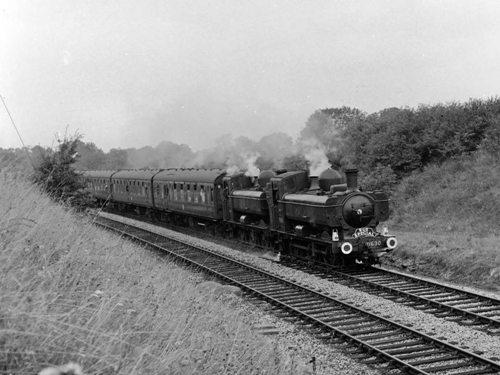 9630 & 9610 at Bearley Jn (photo: John Goss)
John Goss comments: I would appreciate if anyone can provide any further
information on this location (i.e. which Bearley Jn?). 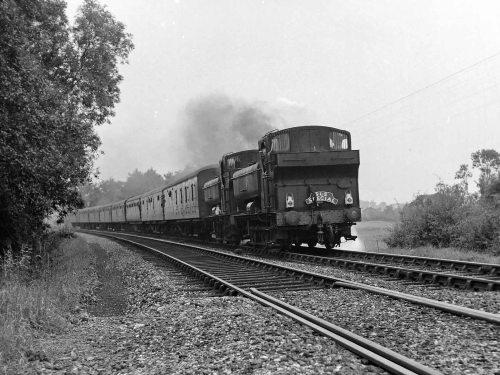 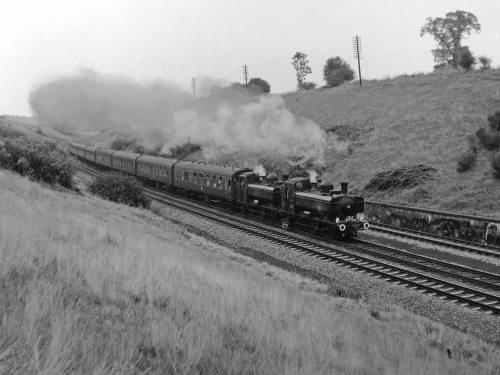 9630 & 9610 on Hatton bank (photo: John Goss)
John Goss comments: I would appreciate if anyone can provide any further
information on this precise location. 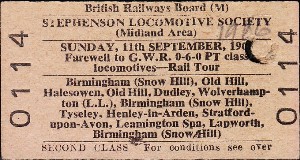