Notes :
(1) Alan Grange photographed 60532 on this train at Edinburgh Waverley and thought it might have been a railtour however Garth McLean believes it was in fact only a summer Saturday working...he has a photo of the loco on the same day heading away from Inverkeithing and his notes say it was an Edinburgh-Aberdeen train. Andrew Fairholm also backs up that this was a service train, 60532 being a regular performer on the Edinburgh to Aberdeen services at this time, offering that it was bulled up after being used on the Holyhead & Brymbo tour of August 21st. 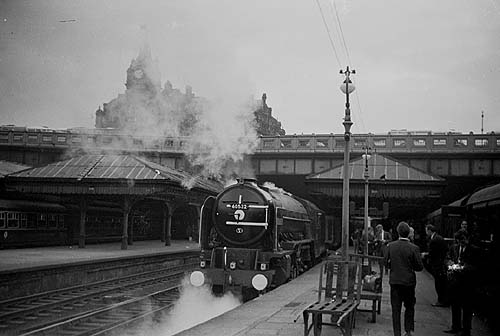 60532 caught by Alan Grange at Edinburgh Waverley - not a railtour though! 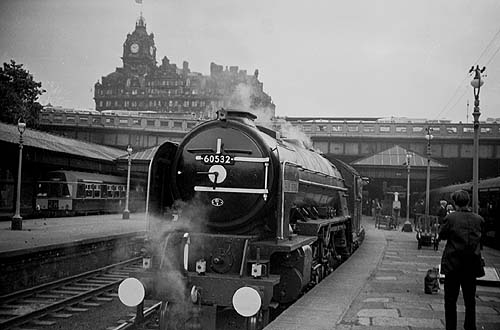