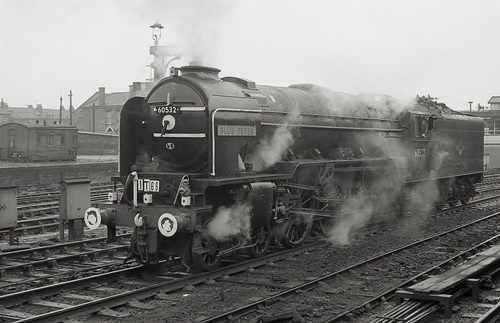 60532 'Blue Peter' at Chester General after working light from Mouldsworth
and prior to taking the train to Holyhead & back to Manchester Central
(photo: The Andy Muir Collection) 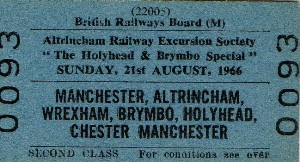 Timings were given in both cases as "approximate". Advertised timing sheet also carries a note that 'length of stops are not given (except at Holyhead) these will be given on the train' - these places are shown below as '12.34a/d'.