Notes :
(1) This eleven coach tour was run to commemorate the loss of through passenger workings over much of the Great Central London extension, service cuts backs occurring September 5th. After coming off the train at Nottingham 34002 spent the afternoon at Colwick surrounded by many unfamiliar classes. Despite this layover the return south provided a mediocre performance, the arrival in London being over one hundred minutes late, not all of this was however attributable to the locomotive. Dave Groves adds: The main reason why the tour ran quite late throughout was the lack of appreciation of the need for a double reversal at Neasden Jn early on in the tour. The timing sheet allowed 3mins for what eventually took about 45 from memory. LT were far from happy whilst we ran late for the rest of the day.
(2) John A. Thickitt comments: Tour participants were split into groups, each of which was given a conducted tour of Colwick shed by a member of the footplate crew.
(3) 48197 photographed at Nottingham Victoria carrying headcode 1X21 - was this used throughout? 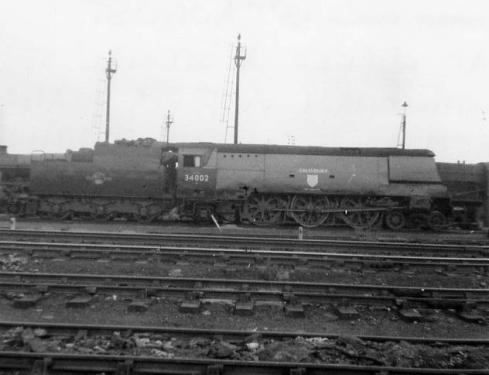 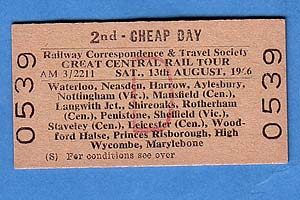