The Jubilee Railway Society
The South Yorkshireman No.5 Rail Tour

Notes :
(1) Tour was originally advertised as out via the S&C and return via Shap but in the event worked the opposite way round (confirmed by David Whittaker who photographed 45593 climbing Shap). Was originally advertised for haulage by 45565 'Victoria' throughout however the loco was not available. 45593 was failed at Carlisle and 70035 took over. Visits were made to Carnforth, Kingmoor & Upperby depots. 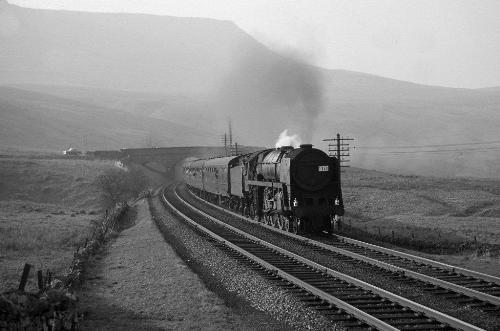 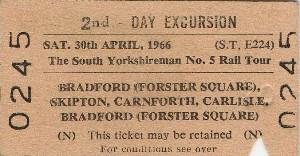 Timings (Booked Only)
(from David Murray)