Notes :
(1) Confirmation of reversing points required.
(2) Ewan Crawford queries if the train went to Fauldhouse as indicated (Garth McLean suggests the train did) or traversed the North British Railway branch towards Addiewell (NB) as he is in possession of what he believes to be a photo of this tour at Stoneyburn on the branch to Addiewell (see below). That said (Webmasters comment); the line is shown as having closed in 1963, three years before this tour...was it still possible to travel over it in April 1966?
(3) 90396 was photographed at Glasgow Queen Street and 65914 was photographed at Stirling and Menstrie, in all cases carrying ScR reporting code 630; it is assumed this was used throughout. 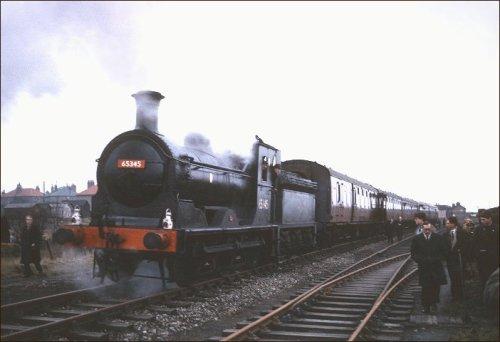 Is this Stoneyburn on the North British Railway branch to Addiewell?
(photo: The Robin Barbour Collection [Courtesy Bruce McCartney]) 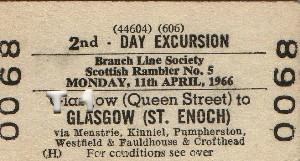 Timings (Booked Only)
(from George Woods)