Notes :
(1) 34013 on rear.
(2) This was a repeat of the tour run on January 2nd, with a few variations. Closure of the Somerset & Dorset would occur on March 7th. This was one of two rail tours this day to make a final trip over the S&D (the other one being organised by the Stephenson locomotive Society). Train suffered delays at Branksome (due to needing to replace a steam pipe) and at Broadstone.
(3) Passengers were required to de-train at Highbridge and walk between the S&D and GWR platforms/stations. Steph Gillett confirms: the stock was shunted by the two Ivatts and drawn across the GWR mainline into the Up goods and through the goods shed (not shown on the OPC plan). It was then reversed into the Down (ie southbound) platform of the GWR station. 34013 which had been waiting in the Down goods loop was then backed onto the train. The Up line was gained on departure north. 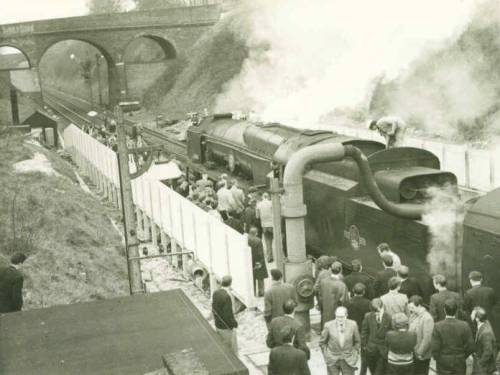 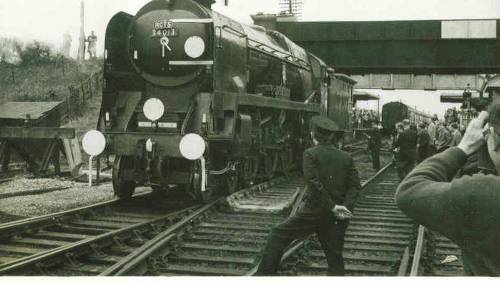 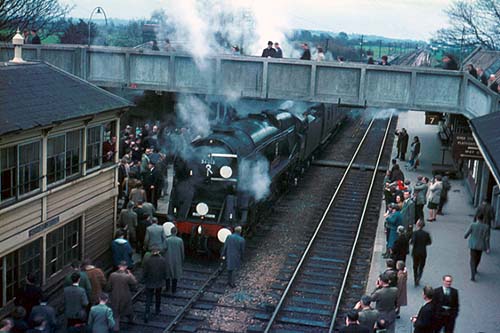 Two shots of 34013 being admired by the crowds at Highbridge (GWR)
(photos: above - Bob Bishop, below - Ralph Whitby) 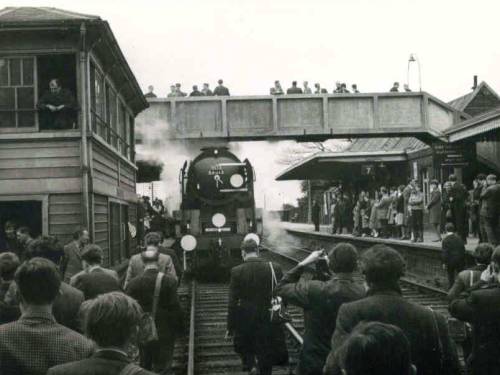 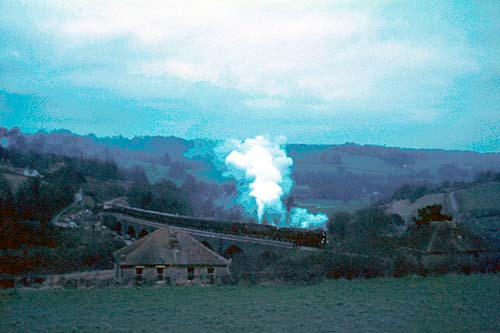 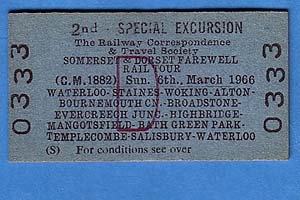