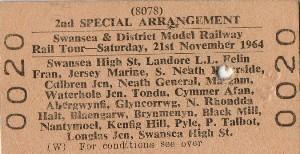 Terry Jackson comments : I have one abiding memory of this excellent tour which relates to a shunting move which was necessary at one point. The railway authorities in the sixties were not as paranoid as the current generation in decanting passengers for the slightest irregular train movement. However they decreed that everyone had to leave the train for one particular shunt. Needless to say no one wanted to miss the relevant piece of track and the toilets on the train were subsequently filled to overflowing. Fortunately no one bothered to check what was happening; if you couldn't SEE anyone on the train, that was alright. If there was ever an entry in the Guinness book of records for the number of bodies in a train toilet, it was surely broken many times that day.

David Pearson comments: In the late nineteen fifties BR rationalised the two routes east of Cymmer Afan. The Rhondda & Swansea Bay Line was abandoned between Cymmer Afan and Blaengwynfi (exclusive) and two new connections were laid connecting this to and from the GWR Abergwynfi branch. So, on returning to Cymmer Afan the train arrived at the RSB station where the passengers were detrained and the loco ran round and propelled the stock to Cymmer West Jn. From there it hauled it across the viaduct over the river to Cymmer Corrwg where the passengers were allowed to re-board. (Hope this is clear, RCH Junction Diagram No. 65 may help). A note in the itinerary explained: 'BR cannot allow a loaded passenger train to cross the connecting viaduct as a workmen's train was involved in an accident here, with considerable loss of life, many years ago.' An unadvertised workman's service once ran between Glyncorrwg and North Rhondda Halt. Up to 1964 it still ran as far as South Pit Halt, (between Glyncorrwg and North Rhondda Halt)  but had been withdrawn earlier that month. According to the itinerary the gradients between Glyncorrwg and North Rhondda Halt were the steepest on BR used by passenger trains. On the approach to South Pit Halt it was 1 in 28 and the section thence to North Rhondda Halt was an amazing 1 in 22. For this reason the trains were always propelled from Glyncorrwg. For the return journey the timetable in the itinerary simply shows North Rhondda Halt depart 14:23, Tondu arrive 15:03.  But of course, the train had to empty out at Cymmer Corrwg then proceed over the viaduct to Cymmer West Jn and propel back to Cymmer Afan station to pick up the passengers again. A number of passengers, myself included, thought it would be 'worth the risk' to remain on the train during this move - hence the multiple occupation of the toilets! 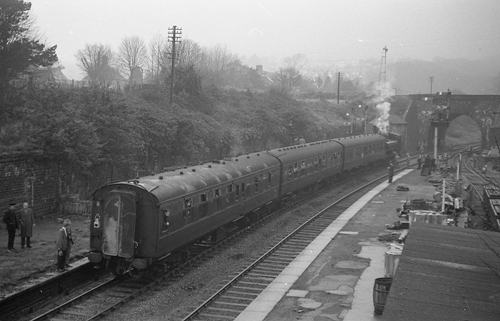 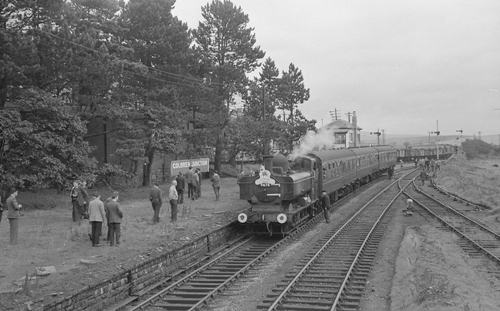 Colbren Junction after running round. 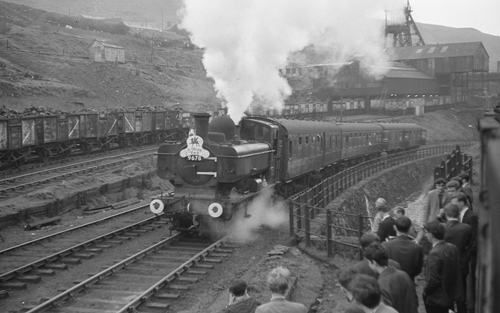 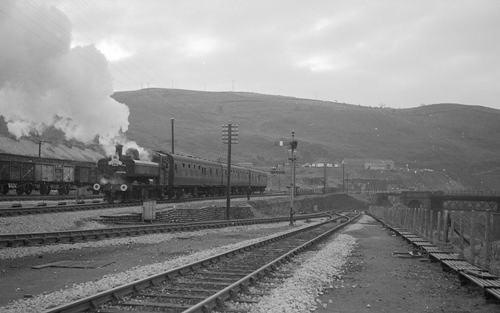 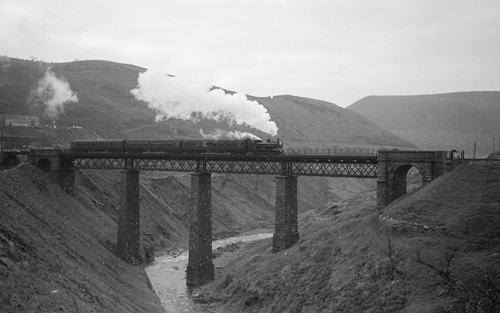 The empty train crossing the viaduct whilst running from Cymmer West Jn to Cymmer Corrwg. 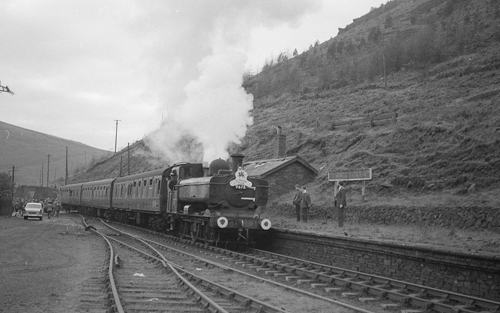 The ECS entering Cymmer Corrwg where the passengers rejoined the train. 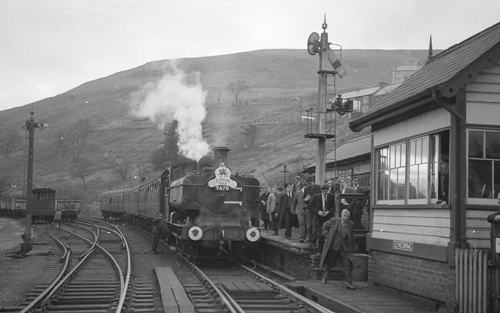 Train at Glyncorrwg. Here the loco ran round the train in order to propel it
the last 1 mile & 10 chains to North Rhondda Halt. 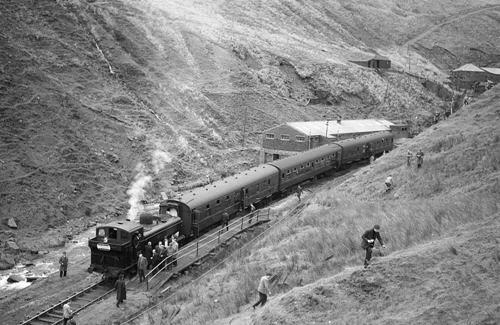 The train at North Rhondda Halt.