Note :
(1) The four BR coaches were removed from the formation at Crewe station and added back on, on return from the works.

Sources : John Clifford (on the train throughout) & Les Kent 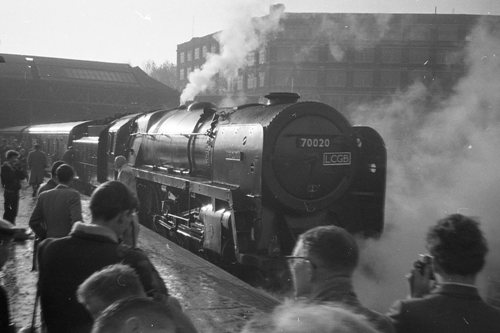 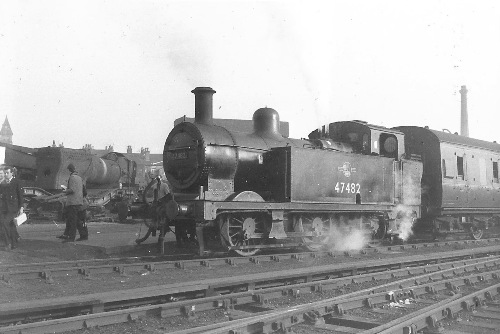 47482, the traction between Crewe and Crewe Works (photo: David Lewis) 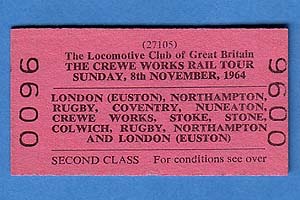