Notes :
(1)The tour provided a last chance to travel over the closed Midhurst branch and for a non-stop steam hauled run over the Brighton - London line, which by this time was a rare opportunity.
(2) John Clifford also comments : The was an interesting tour for a number of reasons. We were the last passenger train over either of the Sturt Lane curves, the only regular service having been over the East curve which had ceased the previous month. There was the use of a 'USA' shunter between Woking & Guildford where we reached a maximum of 37 mph. We were probably the last revenue earning train to reach Midhurst and finally the use of a "Merchant Navy" on the Central Division culminating in a fast run from Brighton to Victoria. This was booked in 58mins (the electrics were allowed 60). We took a few seconds over 56mins. Also there was the use of steam over lines which rarely saw steam passenger work. A very good day out. 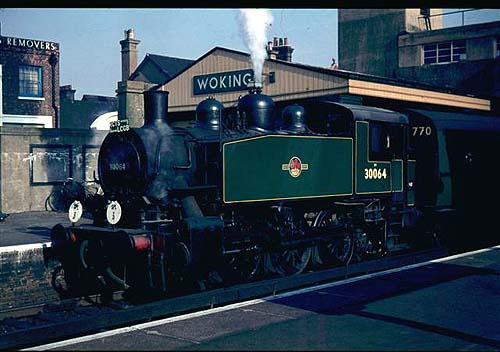 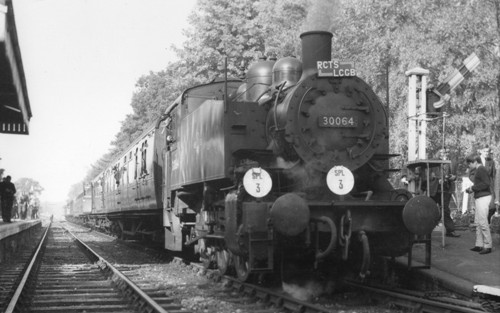 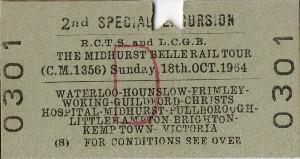