David Whittaker comments: the train left Peterborough almost 20 minutes late on an 81 minute booking to King's Cross. Actual time taken was 68 minutes 12 seconds unchecked, with 68mph minimum on the climb to Stevenage and a quoted maximum for the run of 84mph through New Barnet, so regaining almost 13 minutes of lost time. 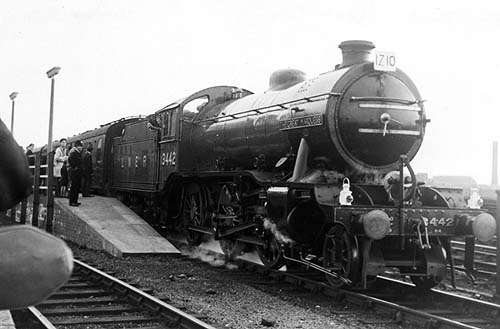 3442 at Leeds City on the portion that was to join at Harrogate (photo: Paul Barrett) 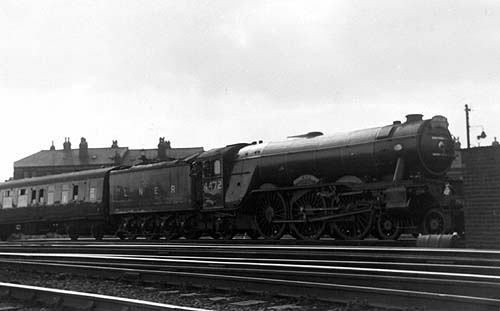 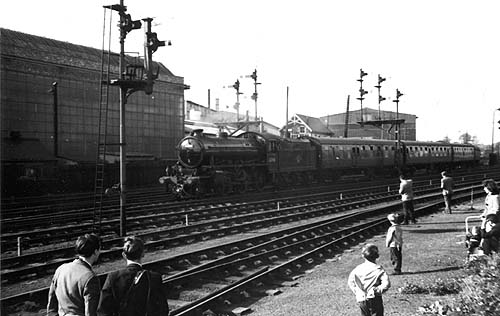 62041 seen here coming off the Barnard Castle (Stainmore) line at North
Road, having released 3442 for turning on the triangle (photo: Roy Lambeth) 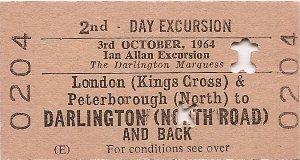 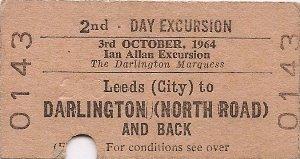