Notes :
(1) Passengers from Leamington Spa were able to travel on the 08:45 Leamington Spa General to Birmingham Snow Hill service train at no extra cost to join the tour; similarly passengers who were joining at Worcester were able to return to Worcester using the 19.40 Birmingham Snow Hill to Worcester Foregate Street or 21.30 Birmingham New Street to Worcester Shrub Hill service trains, also at no extra charge. Tour paperwork did however state that connection with the 19.40 train was not guaranteed (and, based on the actual arrival time it would appear was in fact missed). 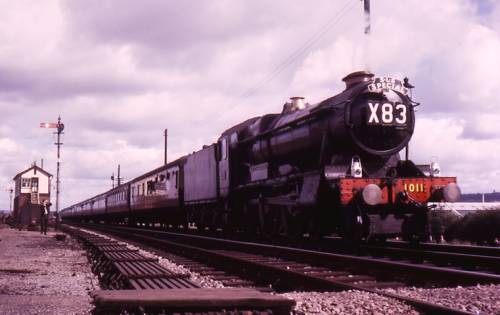 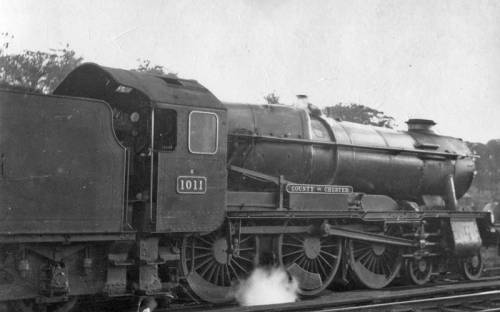 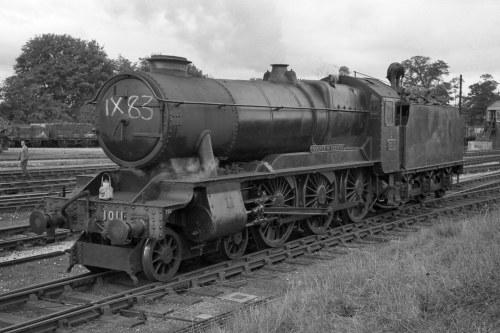 Another view of 1011 (photo: Mike Morant collection)
[Webmasters note: it has been suggested by a contributor that this photo is
actually from a week later (26/09) on the TRPS outing as photographic
evidence on that date shows 1011 with a chalked-on headcode ratehr than
use of a 'proper' headcode frame per the first photo on this page?] 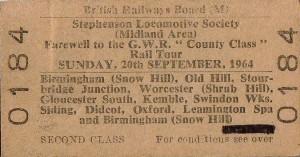