Notes :
(1) The London Railfans Club (L.R.F.C.) advertised/had 'reserved compartments' on this rail tour.
(2) Booked route from Byfleet was: Surbiton - Wimbledon - East Putney - Clapham Junction but diverted as it was discovered at a late stage that the loco's ATC ramp would have fouled the 4th rail on East Putney route. 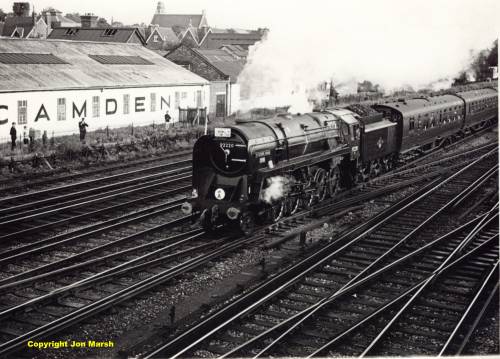 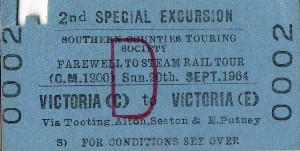