Notes :
(1) The main train was an 8-car Trans-Pennine set specially augmented for the tour. With regards to actual timings Martin Weeks recorded that 'the booked times were kept throughout'.
(2) Martin Weeks also comments; there was time for a return trip on the Ravenglass and Eskdale Railway. On the return the DMU stopped at Cockermouth where a Jazz Festival was taking place. They had come on a special train from Carlisle double headed by two Ivatt 2-6-0s (46458 and 46434). After a short serenade we continued along the Workington to Keswick section which closed a couple of years later and also travelled on the Low Gill to Clapham line which had closed to passenger traffic in 1954 but accommodated occasional trains until 1966. Speed on that line was kept to about 30mph.
(3) It is unclear why the timing sheet showed Penrith as a passing time as a reversal was required and definitely took place there. however Martin Weeks suspects it may have been to indicate it was not a location for intended participants to join/leave the train. 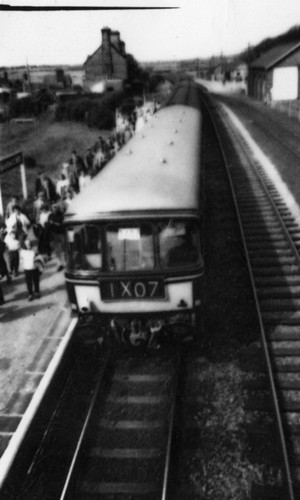 The DMU, during the break at Ravenglass
(photo: Martin Weeks) 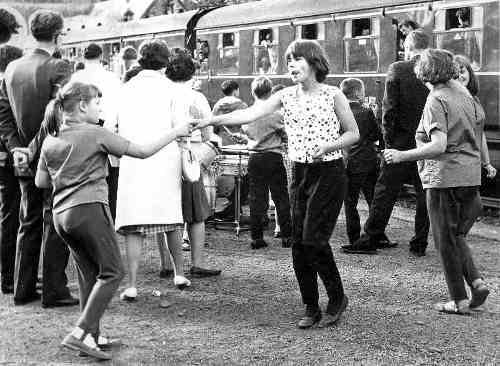 Timings (Booked Only)
(from Martin Weeks)