Notes:
(1) Originally advertised to be formed of 10 'mainly BR standard open type stock, with a restaurant buffet car' it was reduced to 8 coaches 'to reduce operating costs'. the covering letter sent out with the tickets explains that the tour did not in fact reach the required numbers but the LCGB committee decided still to run it, despite that being at a loss of over £250. it was further stated there would be a collection on the train and it was hoped tour participants, whilst giving was voluntary, would do so generously. Many tickets remained available as of the letter date (15th June) and it woudl also have been possible to buy tickets at the barrier on the day of the tour.
(2) For visit to works.
(3) Terry Jackson comments : At the time we were told that the driver on the Duchess was Johnson of Crewe North. Many years later I believe that he was Peter Johnson who wrote of his footplate career in his books Through The Links At Crewe. Anyone who has read those books will not be surprised to hear that the running of the Duchess on this tour was excellent although we had to make an unexpected stop at Banbury to offload a passenger who has been hit by a 'lump' of coal whilst hanging out of a window. I later met this passenger, John, who became one of the many good railway friends I made in the sixties and I was able to thank him for his spectacular exit from the train as the running got even better with a max of 93 below Bicester. 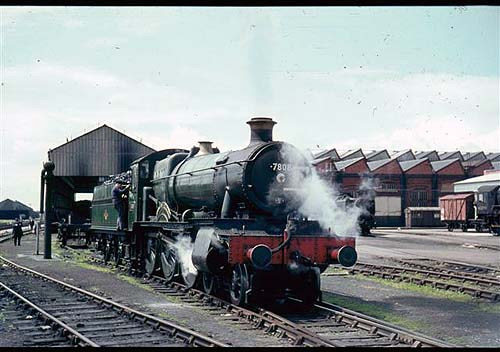 7808 at Swindon during the works visit (photo: Alan Sainty Collection) 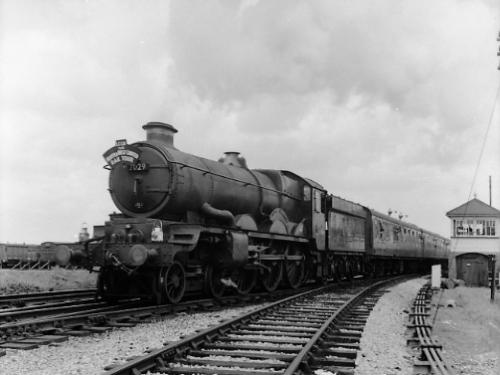 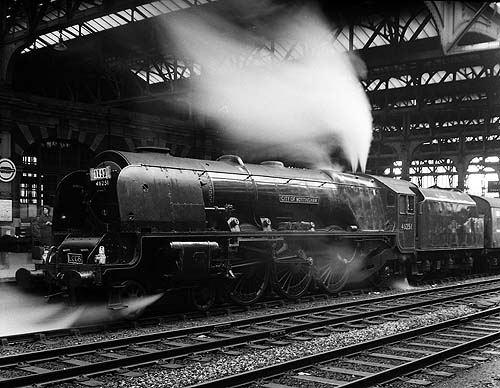 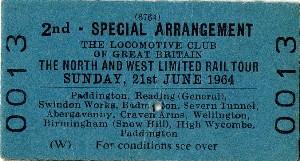