Notes :
(1) 35012 on rear.
(2) The nine coach train departed Leeds in the charge of renowned Nine Elms driver Burt Hooker. The assault on Shap ended unfortunately with a dead stop at Shap Wells followed by a permanent way check at Shap Summit. After the Ivatt 2-6-0's had reached Workington the majority of the participants joined the DMU, whilst the stock and the two steam engines set off for Carlisle via Penrith (note: A tour ticket letter seen by the Webmaster carried a hand-written note: 'to return by steam from Workington to Carlisle. Not available on DMU.' Combined with the earlier comment about the majority of passengers using the DMU does this suggest the stock carried some tour passengers?) 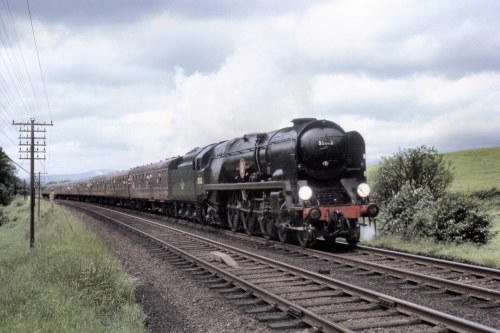 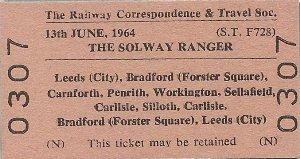 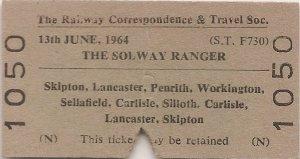