Note :
(1) Tour itinerary suggests the train was to stop 'just short of' Caldon Quarry with a comment 'we reverse at Caldon Low (we have no choice) and retrace our steps'. David Wignall comments: I am unable, especially after all this time to say how far short of the end of the line the tour train went at Caldon Quarry. It must have been yards or at least hundreds of yards and certainly not miles. I have a photograph of the train at (or nearly at?) the quarry and the background looks 'quarryish' so I am unable to help further on this.
(2) Reported as carrying heacode 1Z24 throughout however photographic evidence (below) suggests it may actually have been 1Z24? 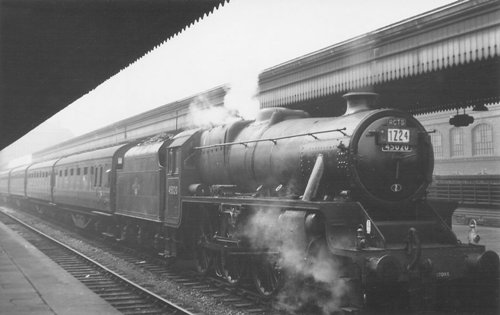 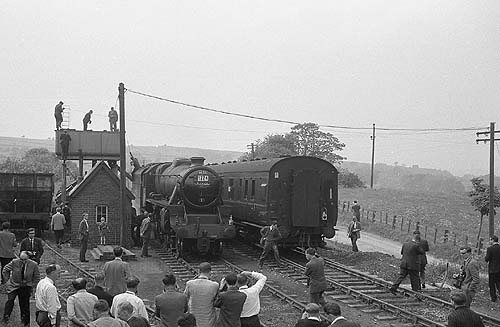 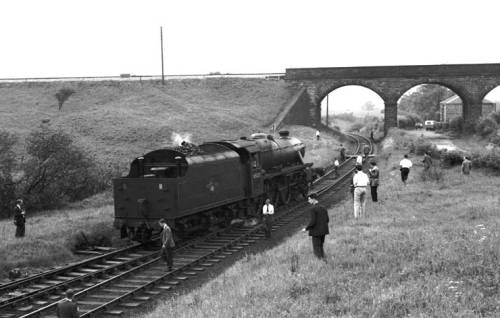 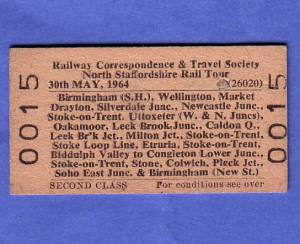