Notes :
(1) Half the tour party started from Sandy Jn (Llanelli) for a tour of the Llanelly & Mynydd Mawr line to Cross Hands and back to Tumble, while the other half boarded their train at Burry Port for a trip on the Burry Port & Gwendraeth Valleys line to Cwmmawr. Passengers walked between the locations at Cwmmawr and Tumble to swap trains as they were only about half a mile apart. On arriving back at each terminating point for the loco-hauled trains, passengers transferred to a DMU for the remainder of the days travel.
(2) Tour terminated at Carmarthen, onward travel to Llanelly and Swansea was included in the tour fare, using either the 20.30 express or 20.45 local service train. 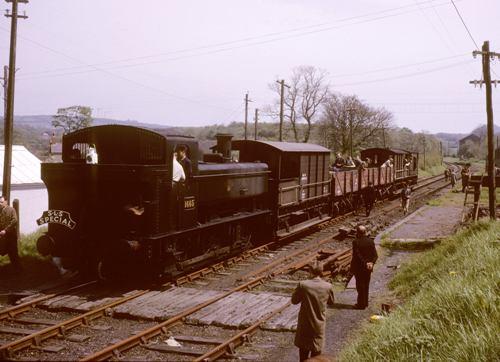 1665 on the BPGV at Pontyberem (photo: David Pearson) 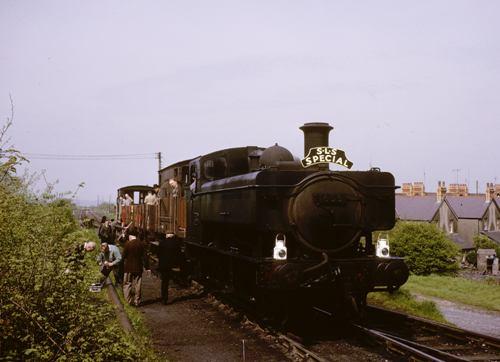 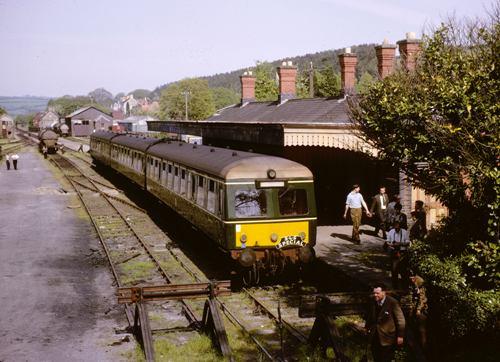 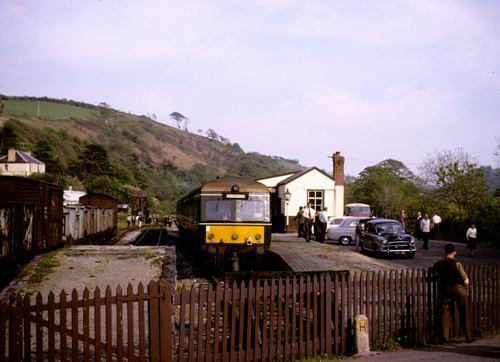 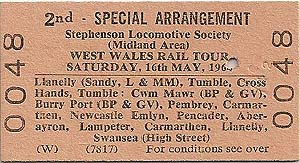 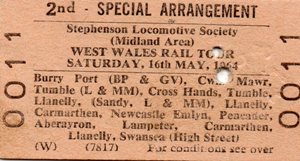 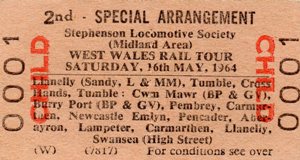