Notes :
(1) 4079 failed at Westbury.
(2) Terry Jackson comments : The story of this superb tour has been written many times, telling of brilliant high speed running and the bitter disappointment of some of those involved after the failure of 4079 near Westbury. Despite this, the achievements of all of the railwaymen involved will be remembered for ever by those fortunate enough to have travelled on this train and they will have a permanent place in the history of steam. If by some mischance you haven't read or heard about what happened, I can only recommend that you read Railway World and other magazines of the time as soon as possible.
(3) David Whittaker comments: The Western Region went to a huge amount of trouble to make this tour the success it was. It was to be the swansong of  G W steam. Nothing was left to chance. The remaining Castle class locos were carefully put through their paces and the best chosen prior to  the trip. Stand by Castles were stationed at all key points  and specially selected best Welsh coal was provided for the tour locos, which were thoroughly prepared with boilers washed out and tender water tanks cleaned. Two firemen were employed on each loco. Sadly, this choice of high quality, very hot burning coal - and the high rate of firing - may, it is thought, have contributed to 4079's failure, as the firebars failed, leading to its substitution at Westbury by 6999. 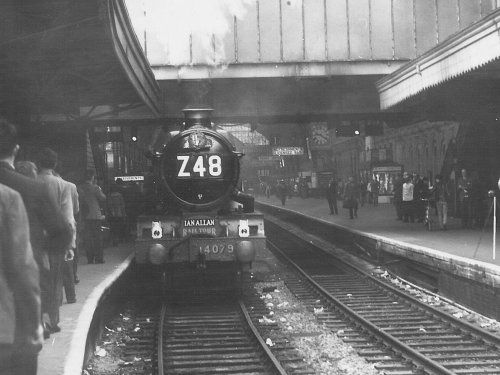 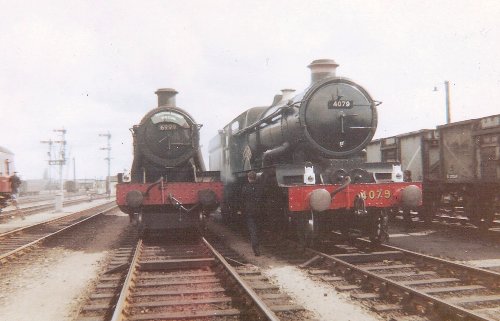 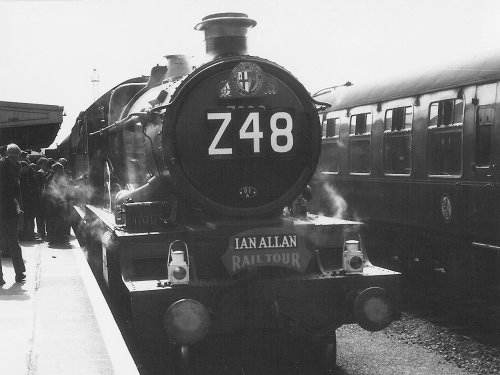 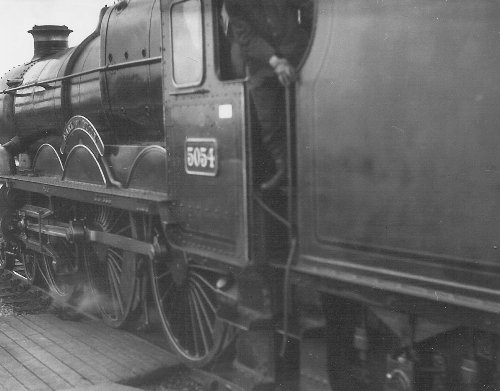 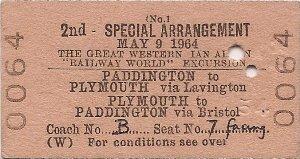