Notes :
(1) This train was made up of twelve coaches, being so popular that bookings had quickly exceeded the planned eight coaches. As well as the use of the Pacifics on routes not normally used by them, the passengers were able to tour Eastleigh & Swindon Works.
(2) Vic Smith comments - a delay was caused at Didcot due to photographers standing in adjacent 4ft in front of train that were almost hit by a D70xx Hymek travelling in opposite direction!
(3) Richard Glover comments: I can`t add much to the comprehensive notes you already have except that (whether officially or not) we looked round Eastleigh Shed as well as the works. I also have pictures of engines on Swindon Shed but I think they were taken from an area alongside the shed so we may not have been allowed in. 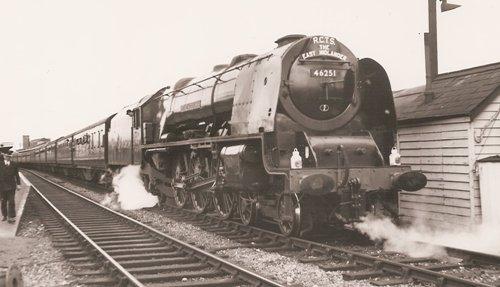 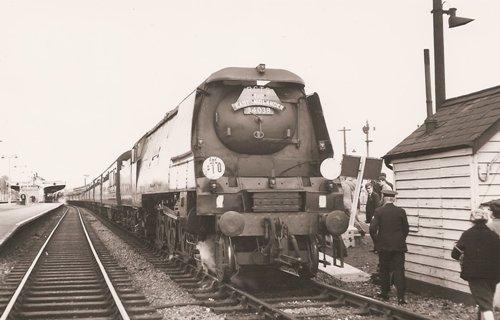 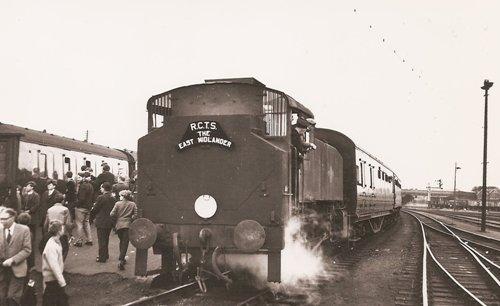 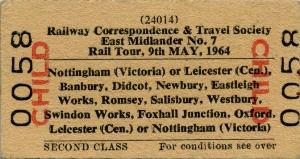