Notes :
(1) Tour also included visits to Hereford and Severn Tunnel Junction depots, and Swindon Works, depot & museum (access to the museum was subject to a 1/- charge, payable on arrival).
(2) Passengers from Leamington Spa were able to travel on the 07:25 Leamington Spa General to Birmingham Snow Hill service train at no extra cost to join the tour; similarly passengers who joined at Wolverhampton were able to use any service train to return to Wolverhampton, also at no extra cost. 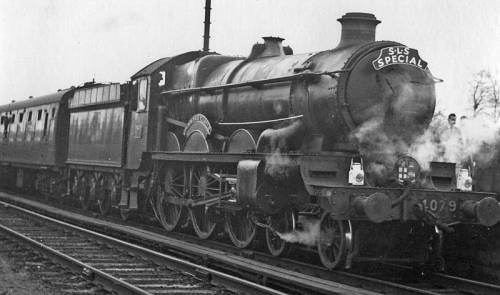 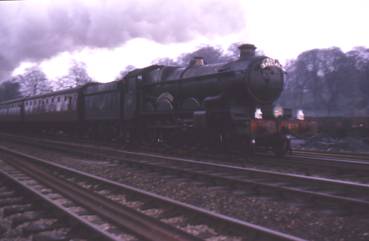 4079 at Warwick on the return leg (photo: Terry Dorrity)