Notes :
(1) 256 stalled on the climb back from Bonnybridge Canal to Greenhill and the tour was badly delayed whilst 45443 was summoned to assist. (prayers were said when the train restarted and the hymn 'There is a Greenhill far away' was sung).
(2) 256 on rear.
(3) Revised timings as above were issued on the day and the train was routed back into Buchanan Street instead of Queen Street High Level as originally intended. Revised mileages were not given. 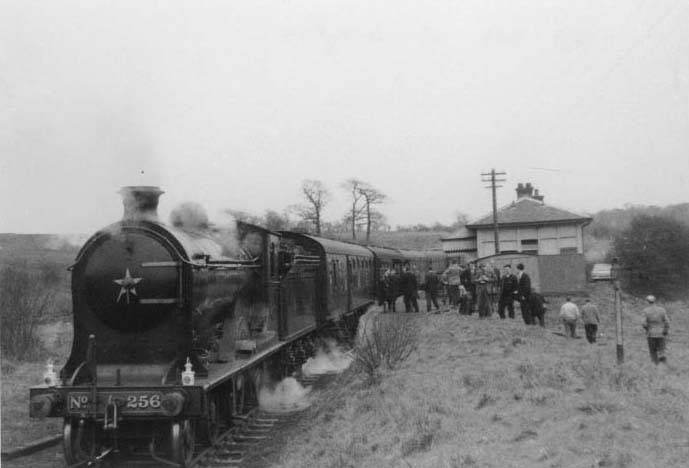 256 pauses for photos at Torreyburn.

256 pauses to take water at Alloa.