Notes :
(1) For Works & Shed visit.
(2) Terry Jackson comments : The 'booked' timings are as detailed in the tour programme but they and some of the timing points should be treated with some caution. Despite the usual Sunday obstructions which always seemed to abound on the Western, the Clan did quite well with a heavy load although it would have been interesting to see how it performed with a decent timing and a clear road.
(3) Formed in 1955 and originally known as the 'Middlesex Loco Spotters Club', their name was changed in the late 1950's to the 'Home Counties Railway Club' then in January 1963 it changed again, to the 'Home Counties Railway Society'. 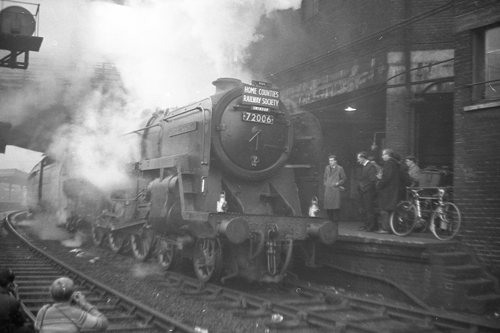 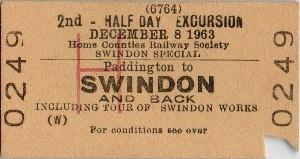