Notes :
(1) 92223 banking on rear.
(2) Terry Jackson comments: The train stalled on the climb from Point Pleasant Jn to East Putney. Although I wasn't aware of it at the time, I have since been told that 82023 was summoned to provide a shove up the rear to get it restarted. Webmaster comment: the use of 82023 assisting between Point Pleasant Jn & East Putney has subsequently been confirmed by Graham Stacey.
(3) Due to having a total of 505 paid-passengers the train was increased from the advertised 8 coaches to 11 coaches. Timings between Weybridge and Didcot North Jn were revised very late due to the need for double-heading and the fact the water tower at Reading was no longer in use. The revised times were provided in a sheet handed out on the day. 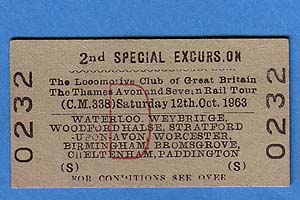 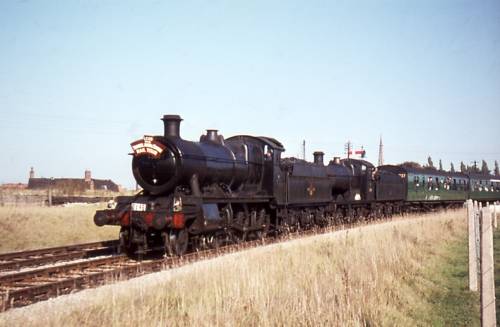