Notes :
(1) Passengers visited the ore handling plant at Tyne Dock Bottom whilst the stock ran to South Shields & back (some passengers are reported to have staid on for the stock moves).
(2) 61037 derailed (all wheels) during the run-round, a 4-car DMU set was sent to collect passengers.
(3) Originally uploaded as routed: Port Clarence - Haverton Hill - Stockton (rev) - Norton South - Redmarshall East - Wellfield - Murton - Ryhope Grange - Sunderland - South Shields (rev) - Newcastle Central however the SLS report of the tour states the train returned 'via the direct line' to Newcastle suggesting the reversals at Stockton and South Shields were omitted to save time?
(4) Train suffered significant delays at Morpeth caused by the resignalling taking place at that location.
(5) Due to late running planned route to Reedsmouth & Bellingham was abandoned.
(6) Running tender-first.
(7) 61018 on rear.
(8) Loco propelling.
(9) Booked route was: Northallerton - Sinderby - Melmerby - Ripon - Bilton - Starbeck North - Starbeck South - Knaresborough - Skelton Jn - York however the timing sheet carried a note to say if the train left Northallerton after 20.45 then it would run ECML direct to York, and it was confirmed in teh SLS tour report that the ECML was used due to late running.
(10) John Broderick's information includes mention of the use of 61071, 62022 & 63607 but no evidence has been found in either SLS or RCTS reports to confirm any of these were used at any stage of the tour. 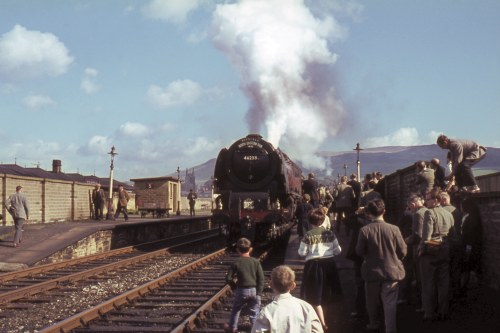 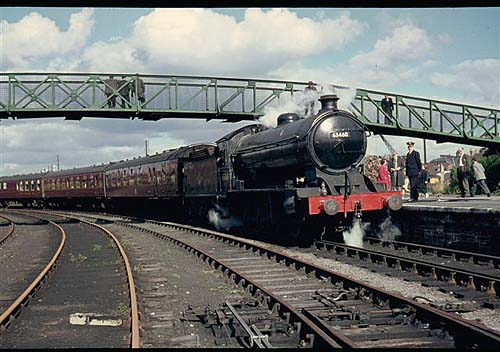 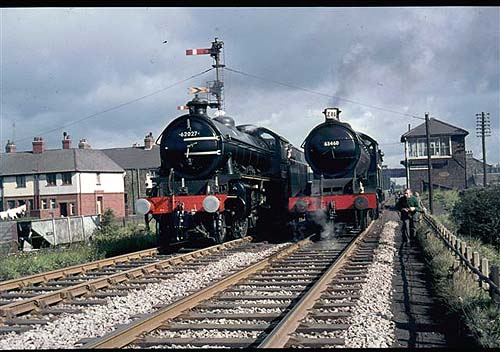 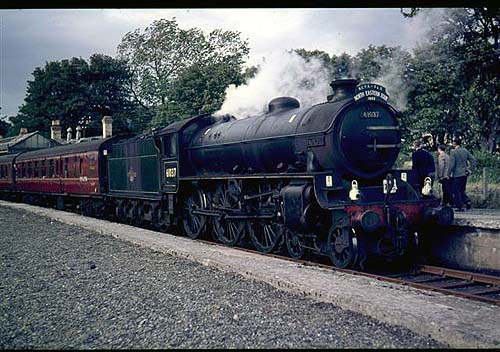 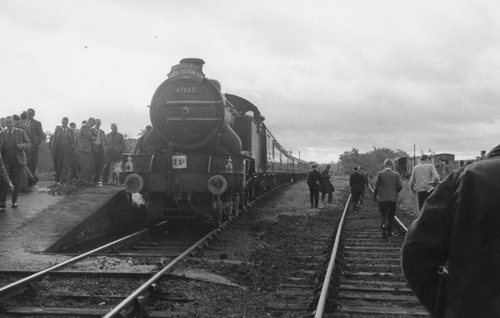 67620 is seen here at Ponteland (photo: The John Debens Collection) 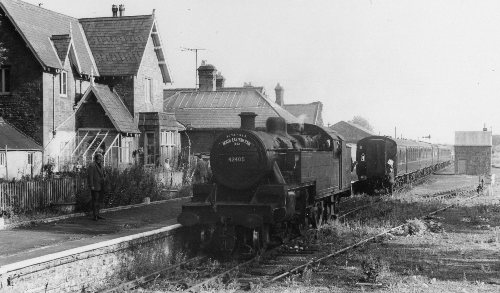 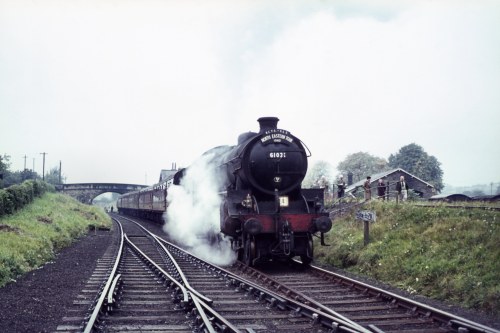 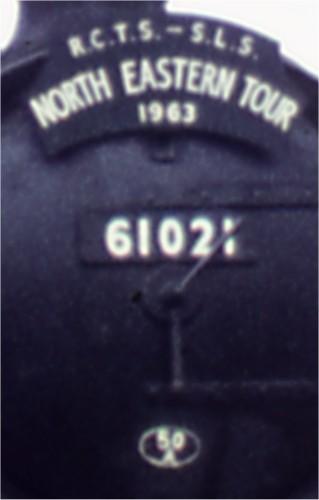