Notes :
(1) On the approach to Shrewsbury the train could not be restarted from a check due to slipping and as a result 41209 banked the train into the station. This left the train was 60mins late arriving at Shrewsbury. Good running by the Manor's had however reduced the lateness to 10mins by Towyn.
(2) Brian Burrows had recorded this train as running on 20th September 1963 however the common opinion was that it ran on the 28th (and this was subsequently backed up by the tour itinerary which was also dated the 28th). Bill Armstrong further confirms the running dates as 28th & 29th September.
(3) Webpage initially uploaded showing an extra round trip taking place between Towyn and Shrewsbury - did this actually take place and, if it did, what was the purpose (an alternative to the AGM)?
(4) Ticket shows booked routing was via High Wycombe & West Ruislip however the tour brochure showed it via Oxford and Reading which backs up other information supplied. Bill Armstrong confirms that; Whist the itinerary did indeed show the outward journey as being via Oxford, the route map and timing sheet showed it as being via High Wycombe and I also confirm that this was indeed so. I still remember the violent slipping on starting away from there. The return was via Oxford. I managed to stay awake through the night (it's wonderful what cold water on the face and neck can do!) and 34064 also came to a halt near Shifnal but this may have been due to a malicious 'pulling the chain'. Whatever; 34064 managed a somewhat slippery re-start. 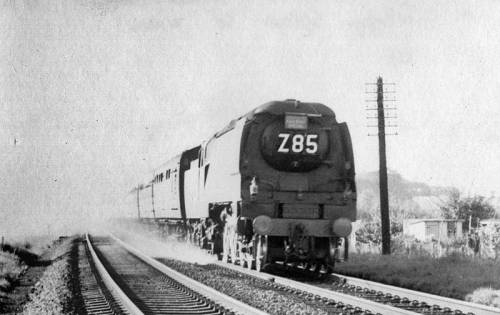 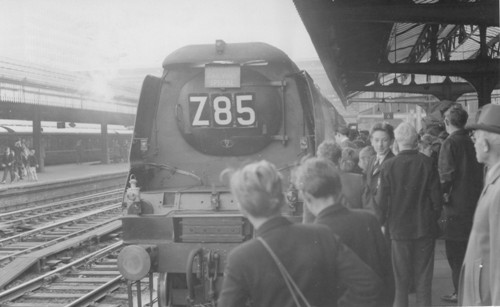 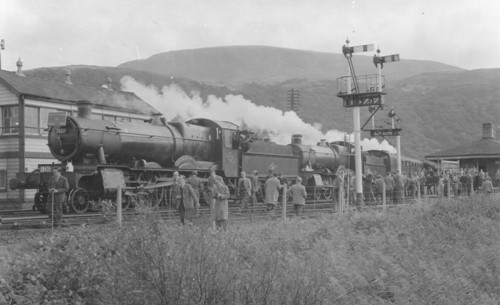 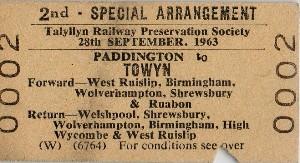 From The John Debens Ticket Collection.
From the Andrew Fairholm ticket collection. 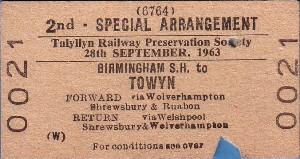