Note :
(1) 473 & 488 on rear.
(2) Originally uploaded as going to/from Brighton, Chris Totty believes the train only went as far as Haywards Heath, the locos from London then going on to Brighton for servicing/turning.
(3) There has been some debate regarding the tour name however the Webmaster believes this was correctly named 'The Scottish Belle', despite the train carrying 'The Blue Belle' headboard - it is reported that this same headboard was carried on several similar trains of the period, all of which had other names (e.g. 'Spring Belle' of 31/03/63). 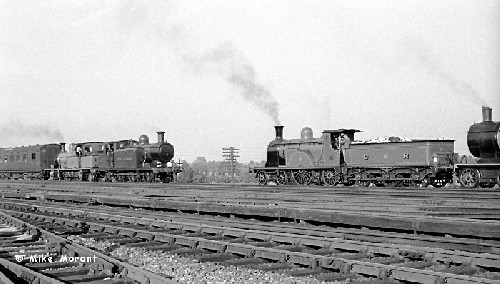 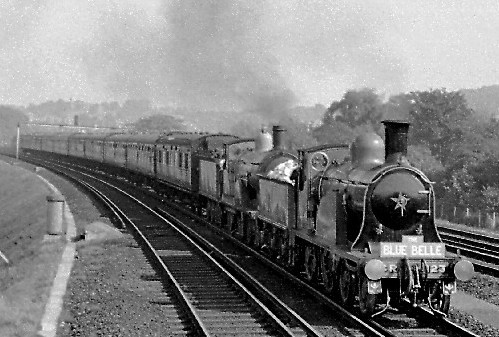 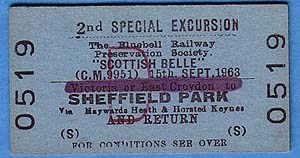 From the Andrew Fairholm ticket collection.
From The John Debens Ticket Collection. 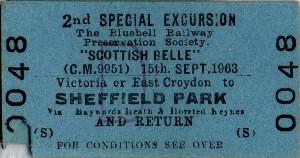