The Railway Enthusiasts' Club
The Chiltern 200

Note :
(1) Loco propelling.
(2) The timing sheet suggests the train was due to run between Banbury General and Merton Street stations (which would involve a reversal) however David Pearson confirms that the train did not visit Merton Street terminal station after departing from General station and this is further confirmed by Peter Fleming, who adds regarding the loco change: The changeover took place on LMS metals, almost as soon as they were reached, close to a signalbox.
(3) On arrival at Verney Junction the loco ran round (as the layout at that time demanded, going via Winslow to achieve this) then propelled the train to the level crossing just north of the former Winslow Road station. The track on this line had been retained for long term carriage storage and one track had been cleared - David Manders comments that he thinks the train had a 5 or 10 mph speed restriction.
(4) A loco change was booked to take place at Princes Risborough, but confirmation to what is required.
(5) Originally uploaded with the name 'Chiltern Hundred' but since corrected by David Pearson. 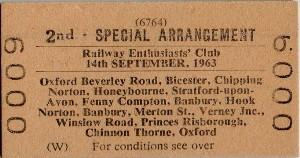 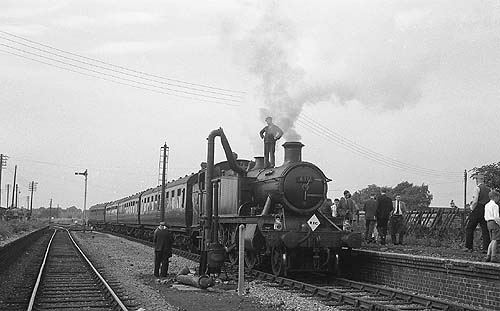 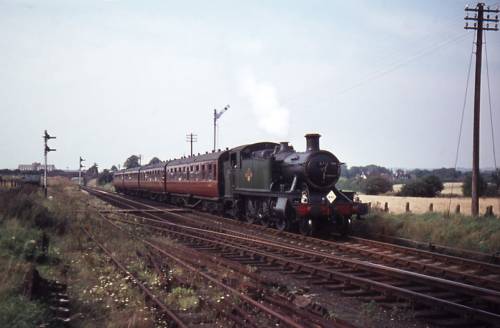 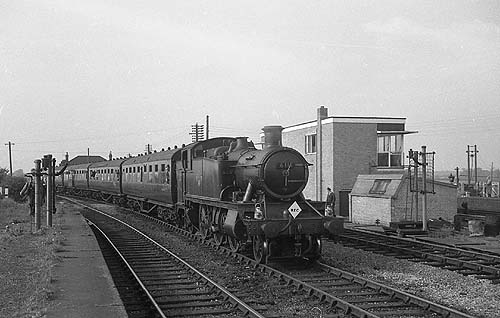 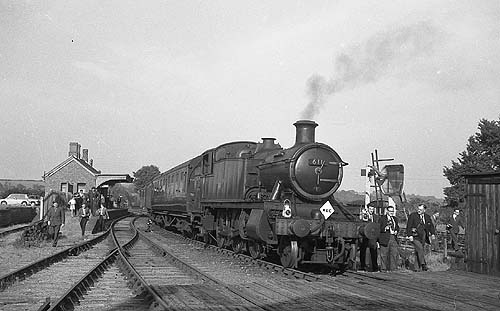 6111 on arrival into Hook Norton, then end of line (photo: David Pearson) 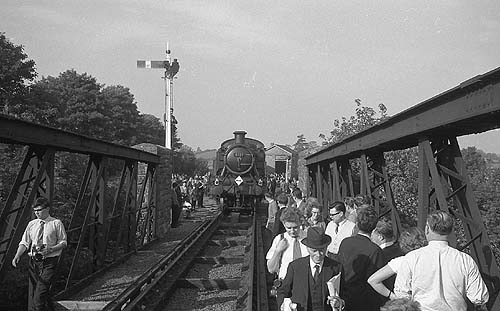 6111 draws onto the viaduct at Hook Norton, to run round (photo: David Pearson) 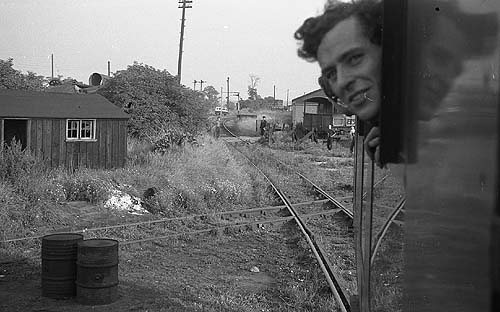 Traversing the 'GW & LNW Joint' connection at Banbury. It appears the
train is being propelled towards the former LNW line (by 6111?) but did it
then reverse and go to Merton Street, or change locos to the LMS 2-6-4T
once on the ex-LMW tracks and head off to Princes Risborough?
(photo: David Pearson) 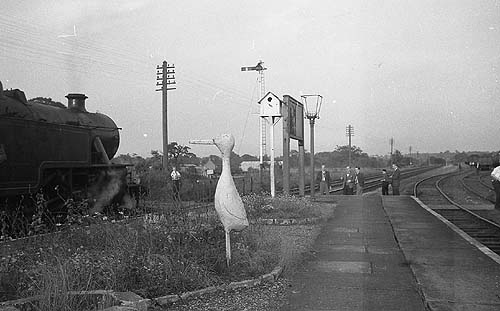 An unlikely bird surveying the remains of the station garden at Verney
Junction with the unidentified ex LMS 2-6-4T (photo: David Pearson)