Notes :
(1) Route confirmation required. Photographed hauled by 64624 at Scotland Street, Granton, Crew Jn and Leith Walk. Pre-tour advertising described the routing as: leave Edinbugh Waverley at 1-45pm for Trinity Jn and Scotland Street, thence the Granton Harbour connection and the Newhaven to Leith (East) branch of the Caledonian Railway which was never completed for passenger services. Returning via the Granton and Easter Road line (closed to passengers in 1925) to Portobello the route will then be by way of Monktonhall Jn and Smeaton to reach the surviving portion, to Saltoun, of the Gifford & Garvald Light Railway. From Monktonhall Jn the new spur to Millerhill yard will be used and the Polton freight branch, threatened with early closure, will be traversed. Back at Portobello the former Leith (Central) terminus will be visited and the tour will end at Waverley about 7-45pm. it is hoped to obtain permission for those so interested to walk through the original Edinburgh, Leith & Granton Railway tunnel from Waverley to Scotland Street, abandoned in 1868, and join the tour train there.
(2) Although suggested as reversing at Trinity Jn, photographic evidence would suggest the reversal was slightly further on, at Trinity station?
(3) Route description talks about traversing the Caledonian Branch to Leith (East) - Leith Docks? - however photographic evidence exists of the train said to be at Leith South - was this a revised routing?
(4) Although advertised to traverse the line to Saltoun, photographic evidence suggests the train reversed at Pencaitland...or did the loco run-round at Pencaitland then propel to Saltoun? 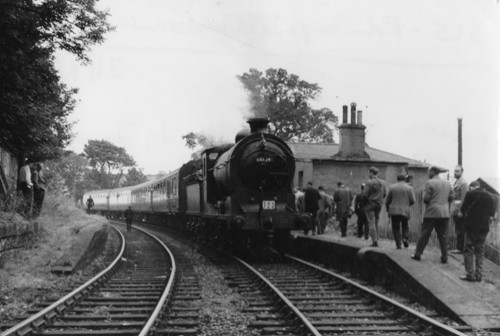 64624 at Trinity (photo: The John Debens Collection)
[location offered as Trinity Junction, but no station was located there?] 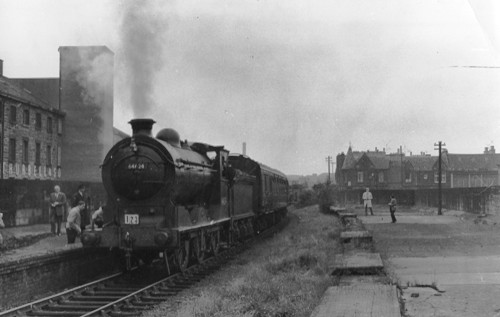 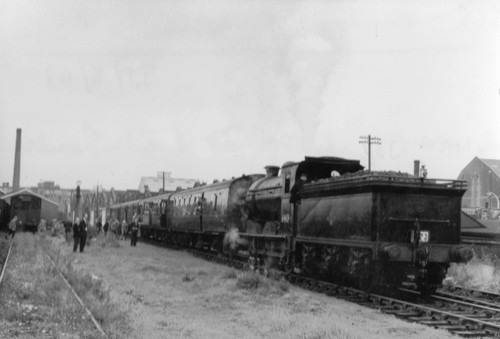 64624 ?at the CR terminus at Leith? (photo: The John Debens Collection)
[location originally offered as Leith South, but suspected not] 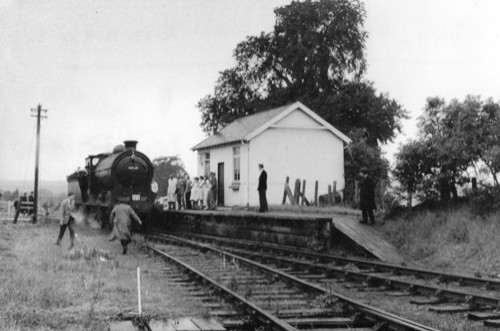 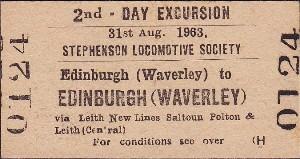