Notes :
(1) This tour was to commemorate the 25th anniversary of the world speed record achieved by 'Mallard'. Visits were made to Doncaster works, York railway museum & depot.
(2) It is recorded that 60007 achieved a maximum speed of 102mph down Stoke bank. 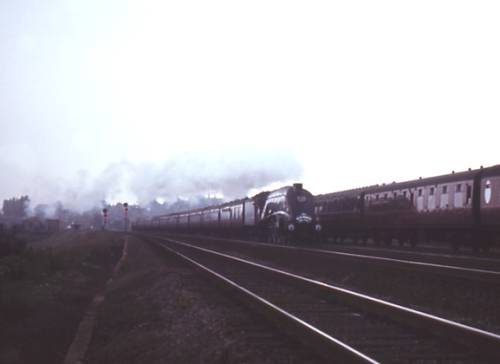 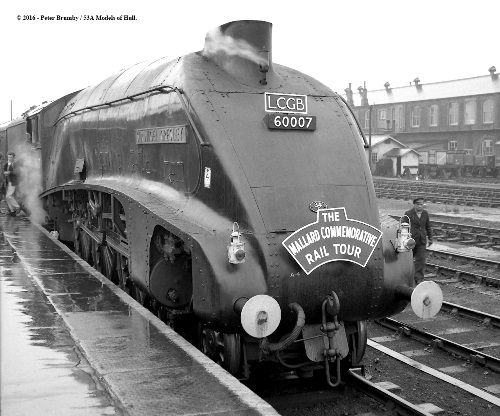 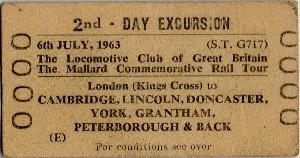 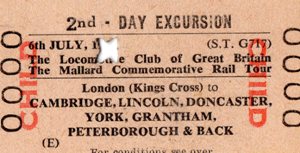