Notes:
(1) Route confirmation required - the return journey did not travel via the Chesterfield Loop. Nick Catford Comments: This was a final train over the Chesterfield Loop (closed to passengers 5th March 1963) was organised by the Railway Preservation Society for Saturday 15 June 1963. The locos owner Alan Pegler and driver Peter Reynolds met Chesterfield’s then Mayor Alderman J Anderson on the footplate. Alderman Anderson had travelled in the train from Sheffield. The Derbyshire Times of the 21 June 1963 reported: "…he [the Mayor] blew the souvenir whistle handed to him by Stationmaster Mr. E. Thompson, waved the green flag – and the train moved off. Then, in a dozen words, the Mayor of Chesterfield closed an era. “I’m a Midland man myself,” he said. “But it’s a sad occasion all the same". 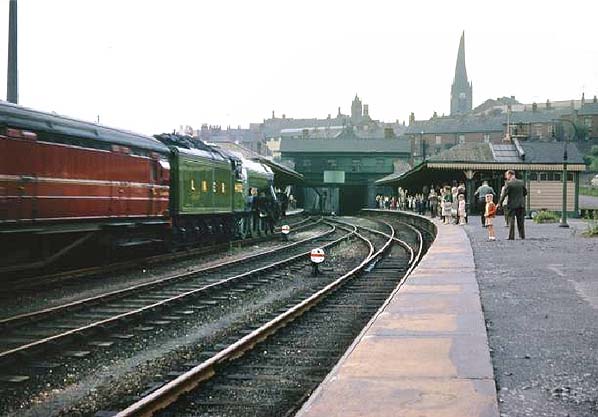 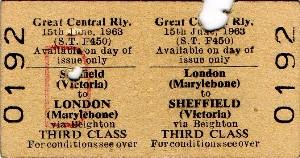 Timings (Booked Only)
(from Philip Cousins)