Three electric locomotives, Nos. 1, 5 & 12 had been retained for hauling works trains but the six passenger coaches were stored specifically to take part in the centenary celebrations.

Therefore, on Sunday 26th May 1963 electric loco No. 5 and the six 'Steam Stock' carriages were absent from the exhibition as they were used for a sell-out rail tour which ran from Baker Street to Aylesbury and back. No. 5 hauled the train to the new limit of electrification at Amersham, where it was replaced for the onward journey to Aylesbury by ex LMS 'Jubilee' class 4-6-0 No. 45709. Many were surprised at the choice of a main line tender locomotive for this duty which had always been the preserve of tank engines. BR actually had great difficulty in locating a suitable loco for this turn, and had until the previous evening been expecting to terminate the train at Amersham and transfer the passengers into a DMU!  On the return journey, with electric loco No. 5 in charge again, the train was routed via the 'North Curve' to Watford, where it ran round for the last leg of the tour to Baker Street. 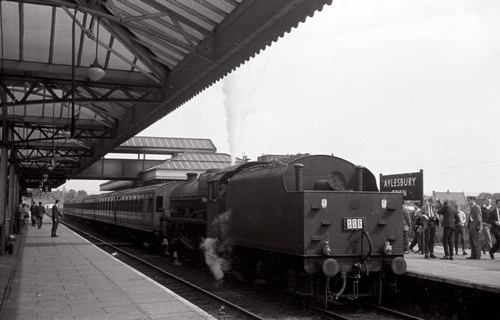 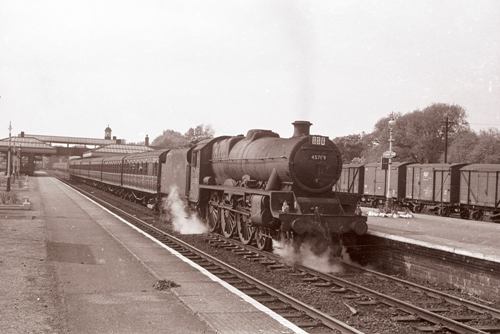 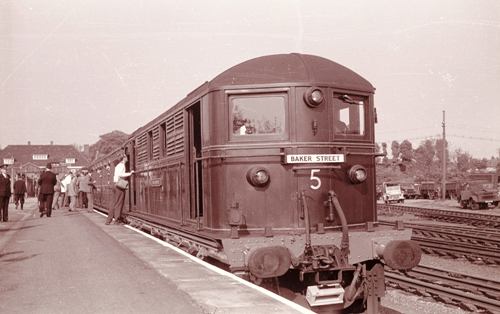 5 sits at Watford, ready to leave with the last leg (photo: David Pearson) 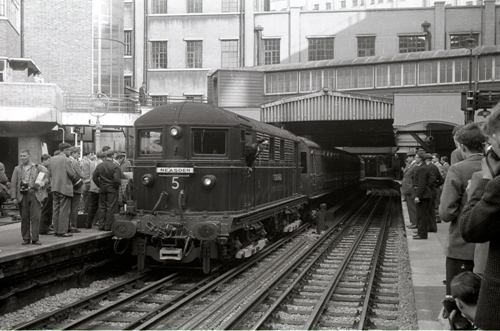 Tour over, 5 waits to leave with the stock (photo: David Pearson) 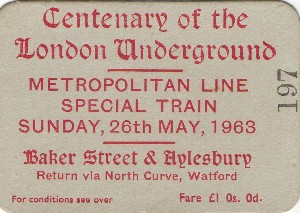 Front and back of a tour ticket
From The John Debens Ticket Collection. 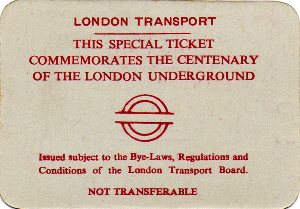