Notes :
(1) Route confirmation required. This was 4472's first run in preservation.
(2) There has been some debate about the identity of one of the tour locos; 7822 'Foxcote Manor' or 7827 'Lydham Manor'. Geoff Plumb has however provided photographic evidence that the loco was indeed 7827 'Lydham Manor'. Tony Martin however adds to the debate: I travelled on this train at the tender age of 11 with my late father. A note by my father reads 'for return 7827 substituted for 7822'. Does this suggest 7822 was used on the outward leg and 7827 on the return?
(3) Train ran through crossing gates between between Portmadoc and Shrewsbury on the way back. Tony Martin believes this happened at either Parry Green or, more likely, Plas-y-Court. 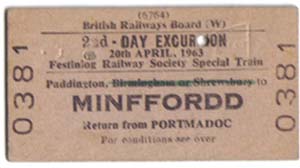 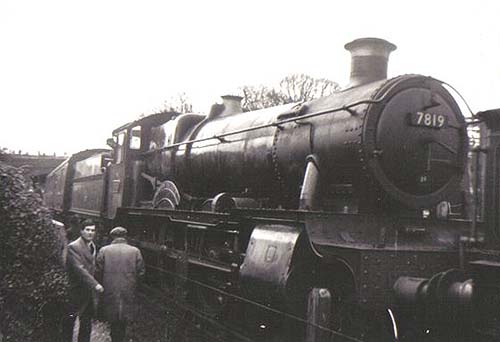 7819 at Minffordd when the tour transferred to the Festiniog. 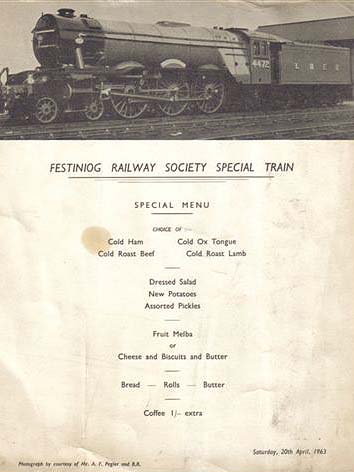 Timings (Booked Only)
(from Colin Harmes)