Notes :
(1) This tour was organised because of the failure of the East London No.3 Rail Tour of 6 October 1962 to travel the full length of the Silvertown Tramway or to go all the way into Thames Wharf yard.
(2) David Pearson comments: The times quoted in the itinerary show the tour as reversing in North Woolwich Goods Yard with a change of engine. This did not happen. The train ran into the passenger station and the loco ran round.
(3) Loco propelling. 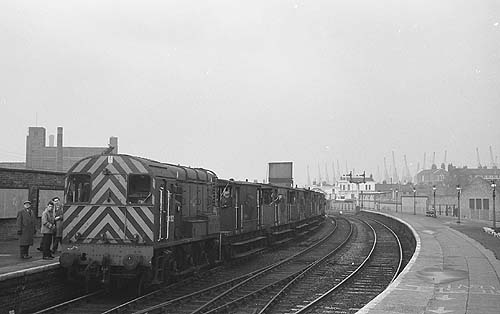 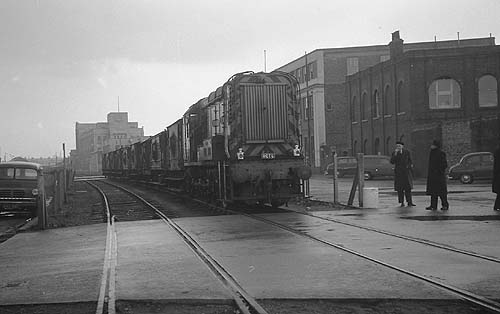 ...and at the end of the Silvertown Tramway (photo: David Pearson) 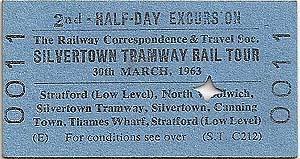 Timings (Booked Only)
(from Rodger Green)