Notes :
(1) Bill Armstrong comments: 'the motive power on the Leamington-Marylebone leg was shown in the itinerary as an ex-LMS 2P 4-4-0 but participants were advised that the survivors were not in a good enough condition to have been used. I regret that I cannot now recall whether this was on the day of the tour or when tickets were sent out; I think that the former is more likely'.
(2) David Pearson comments: I was looking forward to the photo stop on the SMJ at Blakesley, but it was too dark and the result was blurred. 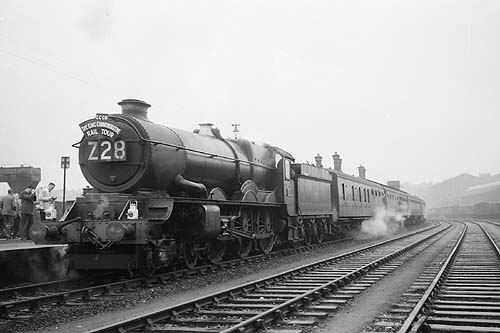 6018 on the train at Hockley (photo: David Pearson) 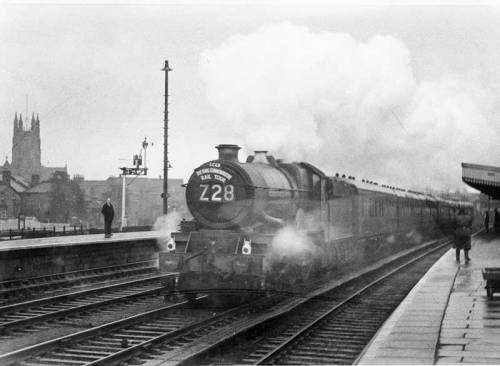 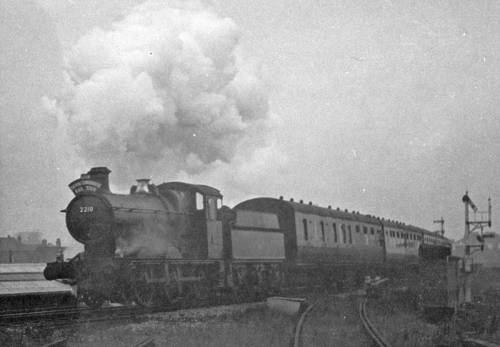 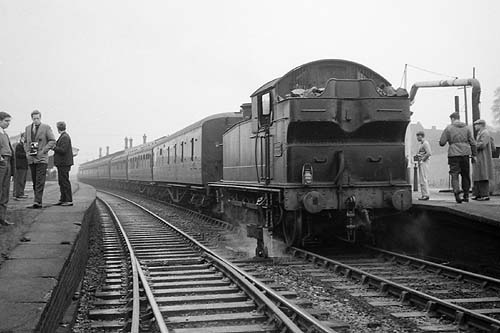 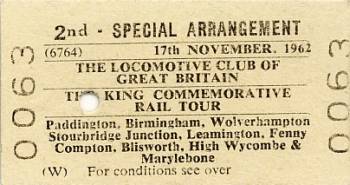