Notes :
(1) For Eastleigh Works & Shed tour, plus Southampton Docks & Ocean Terminal. Quoting from the tour itinerary; the HCRC '...committee agreed on 'County of Middlesex' to haul this Special but this type of engine was found to be out of the loading gauge so another class had to be chosen, this turned out to be a 'King Arthur' and 30770 was to be kept from scrap for this train but early this month this engine failed and it was taken out of service', hence the Schools and the T9. Bill Armstrong adds 'I find it somewhat strange that the Club asked for a County having regard to the non-appearance on the Southern of the King and Modified Hall in the 1948 exchanges'.
(2) Subsequent HCRC tour itineraries gave the running date for this tour as 4th November but this has been confirmed by Ron Walker and Bill Armstrong as being in error.
(3) Formed in 1955 and originally known as the 'Middlesex Loco Spotters Club', their name was changed in the late 1950's to the 'Home Counties Railway Club' then in January 1963 it changed again, to the 'Home Counties Railway Society'. 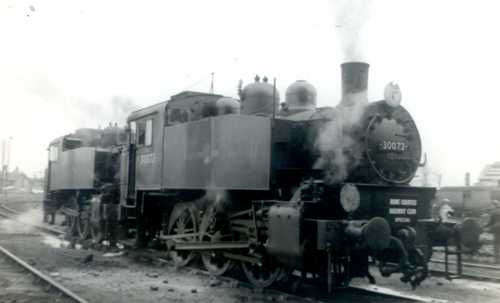