Notes :
(1) David Pearson comments: While the train was passing behind the up platform of Silvertown station to commence the Silvertown Tramway section of the tour, the commode handle on the middle door of the first BR Standard Mk.1 in the consist struck end of the fence at the back of the platform with a resounding crash, shearing one of the bolts of the handle and dislodging the globe from an adjacent gas lamp which fell to the platform and shattered. When the Inspector on the train realised what had happened he ordered the train to stop - about 100 yards into the tramway; that was as far as we went on the Silvertown Tramway that day! This incident was the reason for the Silvertown Tramway brake van tour on 30 March 1963.
(2) Booked reversal point.
(3) Was booked to reverse at Canning Town.
(4) Had been planned to use the "through goods road" at Temple Mills but this did not happen due to late running. 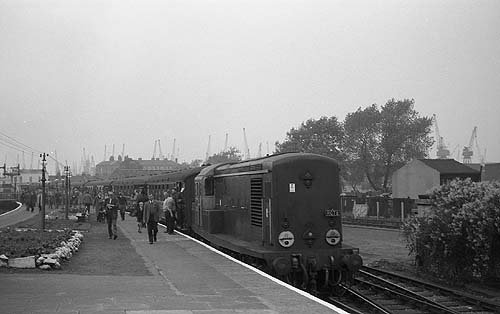 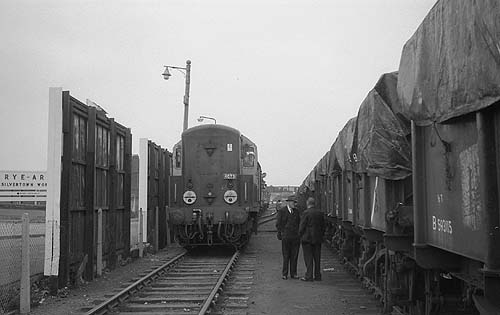 D8236 stopped on the Silvertown Tramway just past Silvertown station, prior
to propelling back (photo: David Pearson) 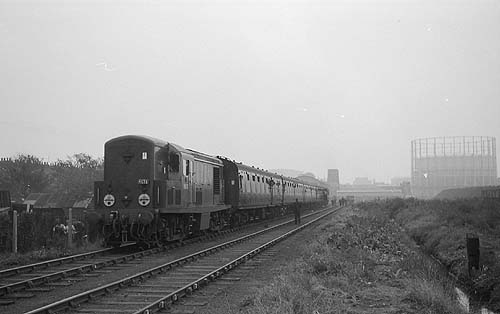 D8236 at Becton, above, and Buntingford, below (photos: David Pearson) 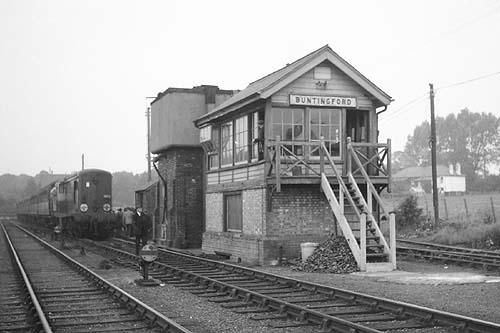