Notes :
(1) The book 'Talyllyn Railway A.G.M. Specials' records that a complex set of moves were required for the run-round of the locomotives after the train arrived at the Ruabon - Barmouth platform at Morfa Mawddach. Once the engines had been run-round it is commented that the train was propelled north towards the viaduct to clear the junction before heading south along the coast.
(2) Details of the run undertaken on the Tallyllyn Railway is also required, or was it freedom of the line using service trains? Terry Dorrity comments: No 1 'Talyllyn' worked a train from Towyn Wharf that connected with the special. No 4 'Edward Thomas' also hauled a train. No 6 'Douglas' was also in steam but I don't think it worked a train (reserve engine?) 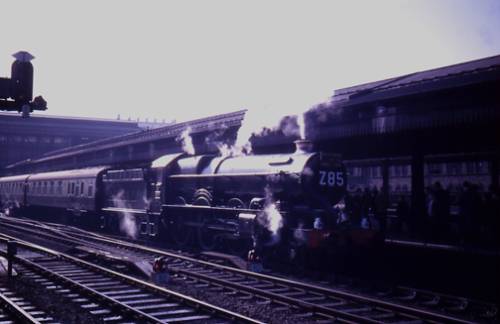 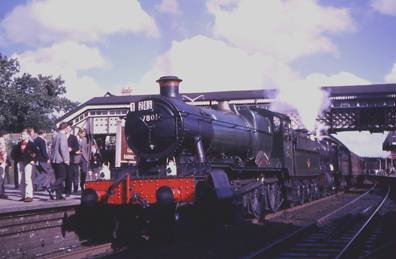 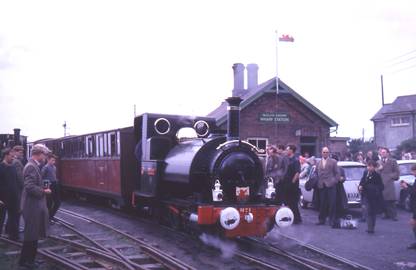 No 1 'Talyllyn' at Towyn Wharf station with a train connecting
with the special. 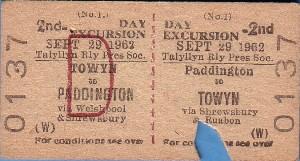 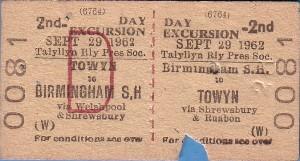 Timings (as advertised)
(from Terry Dorrity)